It’s time for Hannah to transition from left-behind “Hannah B.” to Hannah Brown – Beast Mode Bachelorette! Yes, rose lovers – another season of the show we love to hate (that we secretly adore) has kicked off its latest season with (shocker) a bubbly blonde at the helm. There was drama right out of the gate, with one suitor getting kicked off before the Rose Ceremony even took place, and there was also many a sweaty palm as the men introduced themselves to America’s favorite beauty queen. Give yourself an awkward squeeze – your recap starts now!

Just in case you don’t know who Hannah Brown is, let me fill you in. She was a popular contestant on Colton Underwood’s season of The Bachelor, known for her two competing sides: insecure nerd vs. successful beauty queen. She also was known for being vocal about her feud with the other beauty queen on the show, Caelynn Miller Keyes. Caelynn initially appeared to be the calm, cool collected one as Hannah repeatedly fumbled in trying to assert her side of the story to their shared love interest. It looked like Caelynn was going to run away with the show as both a top contender and, frankly, the one who looked less crazy. But then Miller Keyes uttered a bitchy comment in a takeaway interview, fans felt they saw her true colors, and Brown was vindicated overnight. What a roller coaster of hairspray and betrayal!

Now Alabama Hannah is front and center as the nervous and “refreshingly honest” love lead, so let’s check in on how she kicks off her journey…

Before we get to our Bachelorette, we need to get to know a few of the men vying for her (pure of) heart. The highlight reels include:

Ryan– hosts a going away party for himself, so let’s keep our fingers crossed he gets to stay gone long enough to make this brazen act worth it. His day job includes “passionately working as a data analyst to improve healthcare for women” and believe me, we need all the help we can get right now, so let’s lift a glass to Ryan!

Tyler C.– a general contractor from Florida who strips his shirt off and dances around an empty construction site via Footloose. He clearly has no intention of finding love on the show and his twirling vignette will now be burned on my brain for life. Hard pass.

Peter– is a pilot, which seems like an impressive job until you get to the last sentence of his bio, which is, “Even though he is a man of the world, Peter still lives at home.” So, Peter would rather have his folks do his laundry than obtain his autonomy. Got it.

Mike– is adorable and I will fight anyone who thinks otherwise. He loves his great grandmother and has dimples for days. Yes, please!

Joe– is the “Box King” from a “strong Italian family.” This dude is SO excited about boxes. His confidence about his box game is staggering and my soul is dying a little for Hannah. Like, how long can you really talk about boxes? I hope she doesn’t have to find out. (And there is no freaking way he’s the next “Grocery Store Joe” so let’s not even pretend that can be a thing. Lightening does not strike twice here.)

Matt Donald– aka Old Matt Donald. He does not have a farm, but he does have two deaf parents, one deaf sibling, and likes to bring flowers to “girls” on first dates. This dude is earnest AF. Maybe too much so.

Luke P.– Luke essentially admits that he loved spreading his dong around freely in college until God intervened with a well-time epiphany in the shower. Yes, this is a thing that happened. I’ll let my favorite tweet by @gingimli sum it up, “IDK how I feel about the first impression rose going to someone who introduced himself by saying he banged so many girls in college that God had to pull him aside in the shower and tell him to pump the breaks.” Preach!

It’s limo time! Chris Harrison asks what Hannah’s greatest fear is, to which she replies, “Not being perfect.” (For real. She has a serious hang-up about it.) Chris shrugs his shoulders and says, “It’s not going to be perfect, because nothing is.” Well, I don’t know about you, but I certainly feel reassured! We have 30 men to get through, so let’s begin:

Garrett: (Ugh, that name, Becky.) A golf pro from Birmingham who wants to be Hannah’s “hole in one.” Cringe.

Mike: with the killer smile, lives his life by the 5 C’s: character, charm, charisma, consistency, and compassion. An all-around “hell yes” to this guy!

Jed, Tyler, Dylan: A singer/songwriter from Nashville, the dancing contractor, and a bold play by a dude wearing a white tux.

Connor S.: Hollers at Hannah from the driveway before jumping the fence. Yes, if you’d like to evoke the memory of the suitor that dumped her than by all means, do this.

Devin: is a cute talent manager from Sherman Oaks who calls his 8-year old stepbrother one of his best friends. Cue melting heart.

Matteo: is a sperm donor who estimates he’s fathered 114 children. We know two things for sure: he likes to jack off and has popular DNA.

Daron, Tyler G., Thomas, Matthew: IT consultant, Psych grad student, international basketball player, and a “car bid spotter.” We all have choices in life; these are some of them.

And like a clown car, they just keep coming! Here are more:

Joe: The “box king” jumps out of a box (leaving packing peanuts everywhere) to woo Hannah with talk of boxes and also puns about boxes. One can safely assume Joe masturbates to thoughts of cardboard.

Connor J., Ryan, Hunter: one speaks French, one arrives on roller skates, and one is a pro surfer. The deck is clearly stacked towards the surfer.

Grant: arrives wolfing down a hot dog in reference to the “sausage party” going on in the mansion. He is unemployed, and here is his partial bio, “Grant is the real-life ‘The Dude.’ He loves white Russians and has no interest in hearing about your CrossFit workout plan or recent Instagram post. Grant considers himself to be a romantic because he enjoys PDA.” What a catch!

Cam: the man who thinks he can rap and claims he can “spit bars like Willy Wonka.” Let’s just say Eminem’s job is still safe.

Matt Donald: arrives on a tractor wearing a goofy straw hat. He’s really digging in on that farm/nickname angle.

Chasen vs. Peter: it’s a battle of the airline pilots! Chasen shows up in a nice suit, flys for a regional airline, and gives Hannah a paper airplane. Peter shows up in his pilot’s uniform, flys for Delta, and gives Hannah his gold pilot’s pin. Needless to say, it’s Peter, hands down. (Peter does still live at home, so at least he had the good sense to come correct.)

Now it’s time for a completely chill cocktail party. JK – it’s a totally horrific blend of competition, cologne, and cockblocking reminiscent of a high school mixer. Hannah gives a forced (memorized/teleprompted) toast, “I don’t want perfect, I want real. Be real in return. Otherwise I’m not the girl for you. It’s hard to feel like I deserve all of this, and all of you. But tonight, I deserve to find love. Because of that I can see my husband in this room. Raise your glass to a start of a wonderful night and an imperfect adventure to find love.” And with that, we are off to the races!

Luke – (the dude who went on a college sex spree before God told him to cut it out) – is the first to grab Hannah, much to the chagrin of the rest of the men. Luke claims he’s already “caught feelings” and “can see” Hannah as his wife. A few other contestants work up the nerve shortly after, offering platitudes including, “You are strong,” “I was hoping it would be you,” and “I want you, flaws and all.”

Connor J. throws Hannah a ridiculous Bachelorette party (entertainment included strapping Kleenex boxes to their butts and trying to shake balls loose from the containers). This immediately puts Connor in the Friend Zone. Do not pass go.

Cam, the sad rapper, already has a flower from his stint on After The Final Rose, and has no problem flaunting it in front of his other housemates. He and Hannah go in for a long kiss and I feel my insides shrivel as the cameraperson does a closeup of their lips. Please. Make. It. Stop.

Whatever vibe there was is killed when Chris Harrison strolls in to drop off the First Impression Rose. Time to get serious, boys! Oh, and did I mention Demi (last season’s villain) and Katie (last season’s outspoken heroine), billed as Hannah’s Angels, are on hand to help Hannah with her choices? Yep, they’re hiding out in a van spying on the party and they have some important intel. Turns out one of the men has a girlfriend stashed away at home. As Felicity Huffman would say, “R’oh!” Turns out the naughty one is Scott. Hannah yanks him outside for a heated chat where he ramps his jerk meter to 11 and gets kicked off the show. Now there’s Beast Mode!

Luke comforts her outside as she shivers, but somehow misses the opportunity to offer her his coat. She also gets time with Connor S. and they share a lengthy kiss. One to keep an eye on! But it’s Luke – the man who just killed chivalry – that receives the First Impression Rose.

Drum roll, please – it is time for our first Rose Ceremony of the season! A reminder that Cam and Luke already have flowers, and Scott has been escorted off the premises.

And it comes to a swift end for:

Ryan (guess that goodbye party was all for naught!)

Matt Donald (too pure for Paradise?)

The Box King (go back to your first love – cardboard)

Chasen – (you should’ve worn your uniform!)

There will be nearly nude bungee jumping, a trip to Amsterdam, a scene where Hannah calls a condom a “rubber,” kissing, sexual tension, the requisite fireworks, a visit from an ambulance (a franchise must), tears, man brawls, accusations (someone is a sociopath), and someone attempting to shame Hannah for having had sex. In other words, it is like every other season ever, and I’ll be here watching every moment with you!

Be sure to join me for live-tweets during the show at JennaZine1 and check back here for episode recaps every week! 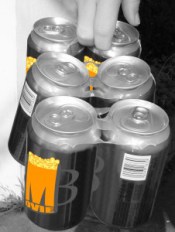 Take a Drink: every time we’re introduced to a new contestant.

Take a Drink: every time you hear, “Roll tide.” Of course!

Take a Drink: every time one of the guys does something cringe-worthy.

Do a shot: for Hannah and Mike, Dimple Twins!

Do a shot: for Chris Harrison sweeping up those packing peanuts.