An artist like Oriana Setz doesn’t come around often, but when they do, it’s worth taking a listen. She’s in the league of other top Latina singer/songwriters, composing very striking, beautiful melodies that deliver a punch of good musical vibes. Combining English and Spanish language tracks in Metamorfosis is an ingenious display of musicianship, something Oriana has crafted in this outstanding, seven track work of musical art. 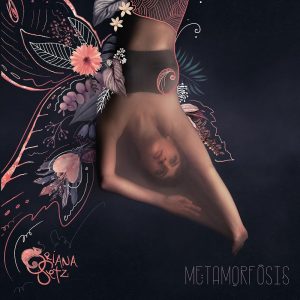 Beginning the album with the quite touching, English language “Pastel Lilac”, Oriana then belts out two winning Spanish tracks in a row with “Tres Paredes” and “Amores Invisibles”, which will tug at your heartstrings, even if you don’t speak Spanish. “Pendulum Effect” has a sort of Americana feel but sprinkled with a little Latin flavor, to remind everyone of Oriana’s Ecuadorian roots.

The title track “Metamorfosis” has a little downbeat, chilling musical edge, with Oriana describing a soul-searching experience. It’s accompanied by a wonderful acoustic guitar, and a medley of other voices and string instrumentation. But it picks up with “A Little Bit”, the final track where Oriana vocally belts it out, the production relying heavily on horns to give it added punchiness.

Metamorforis is like a good story; by the end you’re satisfied with the ending but still want more from the author, in this case the songwriter.  It’s worth listening to over and over again until the next great release is out.  One Beer.