When given the press notes on the new single by R&B singer Marva Holiday, I’m thinking it’s something special that just came my way to my inbox.

Sadly, it’s anything but.

I just wasn’t a fan of it when I first heard it. The second and third time I knew what I wanted to say.

The track begins with a hauntingly piano intro, then Marva’s voice welcomes us. The song is relatable, that we shouldn’t delve back into a relationship that’s over, the bad or even the good things. It speaks to regret and how foolish it is to rely on one person to make one feel happy and complete. There’s an uplifting message about lessons learned and not relying on someone else to be happy. All well and good. 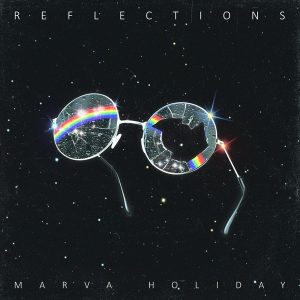 The problem is the flow. Marva’s voice is nice but not really all that memorable. She just doesn’t put a lot of passion behind it. The lyrics also don’t complement the quick and steady guitar, bass, and drum, which sound really well together, while the lyrics are written in such a way that it makes Mara appear she’s half a step off from the music. When she’s singing “Reflecting on a relationship that didn’t last”, the high point of the track, is when this is most evident. Maybe “Reflecting on a love that didn’t last” would improve it considerably. The lyrics need to be reworked before a full album is completed. Mara just needs to give it more feeling, or give the track to another singer that can belt out those lyrics with more power.

Mara says she’s currently in chapter two of her career. I wouldn’t want it to be the end. With that said, it may take a complete reworking of the lyrics and vocals, and Mara may have something we can reflect on. I give this four and half beers.