Lightning Hunter: Beyond Beyond (Album Review)

It’s not often one says, “you’ll never hear music the same way”, but one listen to Lightning Hunter’s Beyond Beyond, whether you like it or not, and you’ll be saying the same thing. Remember Metallica’s S&M album? This is not that! But, think 90s rock and a full orchestra and you have Beyond Beyond. 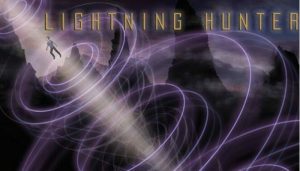 Beginning in a big orchestral way with “The Role Of the Observer” that then very noticeably turns into something from the grunge alt era, the end result is spectacular musically the way it all comes together, with the vocals, loud guitars, and the orchestra getting equal billing.

One of the more compelling tracks is “Giving All Things Credence”, which moves away from the alt rock sound to a more 80s progressive, guitar rock sound. In fact, Beyond Beyond has plenty of smooth, heavy guitar sounds, featuring a variety of haunting-sounding, eternal tunes, melodies and loud, very loud drums.

I’m not one for comparing bands with others, but there’s bits of classic 90s, new wave, and goth music influence. You can decide who they take inspiration from. All I’m going to say is Beyond Beyond is one of the most unique listening experiences I’ve heard in quite some time. I’m grabbing a beer to take another listen to one of the most original releases in a long time.