Absolutely and entirely just in time, 2019 has gifted us with a sequel to Zombieland.  Yes, that’s right, exactly ten years after the first one. 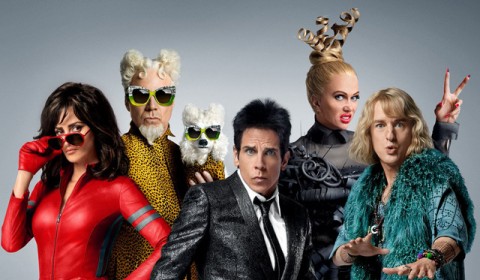 Because that always goes so well for comedies.

Zombieland: Double Tap rejoins us with Columbus (Jesse Eisenberg), Tallahassee (Woody Harrelson), Wichita (Emma Stone), and a much growed-up Little Rock (Abigail Breslin) as their charmed White House fortress existence is starting to grate on them.  When things go to pot and the girls embark on separate adventures, the guys take off across America to find them.

I’m happy to report that Zombieland 2 is plenty entertaining even despite the decade interlude.  While old friend features like Columbus’s rules and the Kill of the Week (now updated to the Kill of the Year) do feature, it’s really how these characters rub up against and off of each other’s nerves that most amuses.

Special props, however, to this girl: 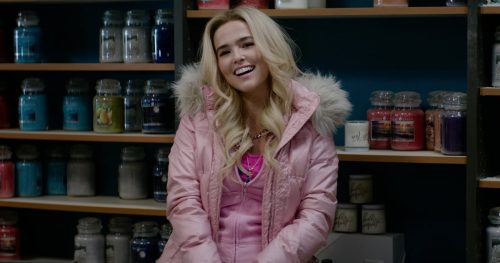 Literally every scene Zoey Deutch’s Madison appears in is comic gold.  The trailers do know justice to the way she takes a stock ditz character and imbues it with bizarre tics and angles until she pretty much steals the entire movie.

A big driver for the plot is Columbus and Wichita’s relationship issues and her reluctance to commit to marriage because, you know, it’s the end of the world.  When she hightails it, Madison shows up and it’s not 15 minutes until Columbus and her are in bed.  When Wichita shows back up it’s catfight hijinks time, which feels just a tad retrograde in the year 2019.  So yeah, this Beer is for just a jot of sexism.

One doesn’t make a ten-years-later comedy sequel to a quasi-cult classic without retreading, and there’s plenty of that here, even in some of the more fun moments like the kills of the week/year.  Somehow it all doesn’t feel so clever a decade later- either because we’re a decade older or because, well, it’s been a long time.  Likely both. 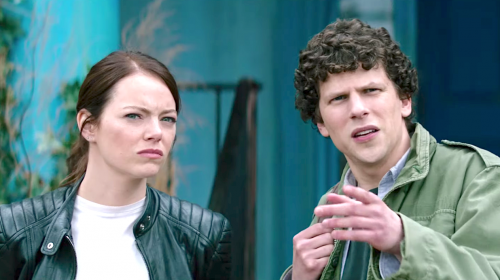 Kudos to these two looking pretty much exactly the same, though.

Zombieland: Double Tap pretty well delivers the laughs and zombie action you loved in the first, without exactly elevating things in the effort.

Take a Drink: for vomiting

Take a Drink: for every reference to the first film

Take a Drink: for every rule/commandment

Take a Drink: for every reference to Elvis

Do a Shot: for Homers

Last Call: Please, please stick around for possibly the funniest scene in the whole film courtesy of a ringer from the first film.