Frank (Justin Long) is a lawyer working for a corporate entity, and he’s just found a loophole in a life insurance claim that will deny a payout to a grieving widow and her family, and it’s about to send his career into the stratosphere when he states his case at a board meeting the next morning.

To celebrate, and get away from his nagging wife (Sarah Minnich), he goes out drinking with his buddy Jeff (Donald Faison) and meets Theresa (Sheila Vand), an entrancing and mysterious woman who challenges the cruelty of Frank’s work. They end up at a house party, where a man (Tommy Flanagan) pitches a hallucinogenic drug to Frank that will “help you solve your troubles.” It’s almost 4am, and he has a meeting at 9:30, so he asks the man how long it takes to kick in. The man cryptically responds, “It’s going to hit you like a wave.”

Frank suddenly wakes up, alone in the trashed house, and Theresa and his wallet are missing. The family that actually owns the house suddenly shows up and calls the police. Frank makes a run for it, convincing a taxi driver to return him to his home so he can get there in time for his meeting. Seemingly knowing more than he lets on, the driver tells Frank that he has “a big day ahead of you” and calls Frank “baby”–neither the first nor last time that someone will use the term that day.

Still under the effects of the drug, Frank’s ensuing day is filled with leaps through time and space, nightmarish hallucinations, and cosmic visions as he slowly begins to realize that he may be receiving a moral lesson from the universe. 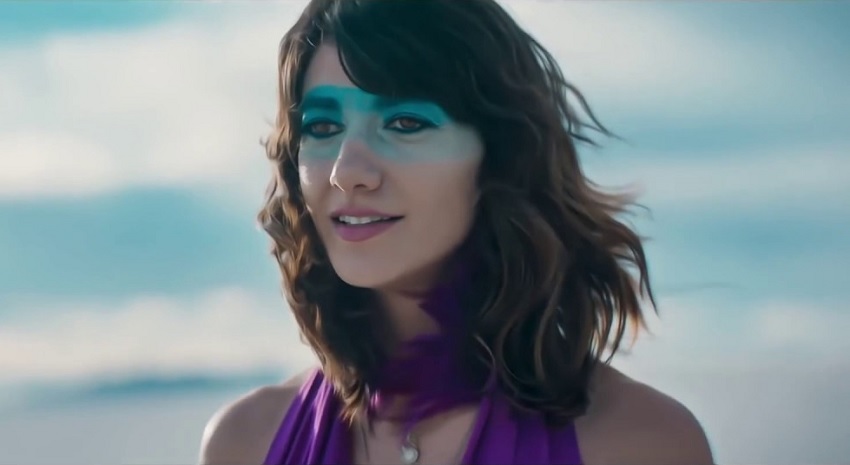 The Wave’s two greatest assets are its visual style and an arresting performance from Justin Long. This movie looks great. As soon as Frank imbibes the drug, the movie transforms into a nearly non-stop series of time and location jumps, distorted visuals, and colorful production design. The movie boasts a rich color palette, and the locations Frank travels to allow for creative uses of vibrant lighting and clever cinematography, both of which subtly evoke the feeling of being in a dreamlike state.

This is just a technically enthralling movie, with some of the most impressive visuals coming from how Frank abruptly pinballs between locations. These are almost always punctuated with Frank slamming his hand down and suddenly being somewhere else, with Frank’s posture and position unchanged. The editing (by Lana Wolverton) is stellar, with plenty of long takes and how-did-they-do-that shot and location transitions.

Long is, as far as I am concerned, an underappreciated actor with a sort of charm and energy that makes his characters relatable without being cartoony. He runs the gamut of emotions here and effectively sells Frank as a character trapped in a confusing, frightening situation on his journey to awakening and moral redemption. His constant nervousness is effectively dialed into the narrative’s tempo and he serves as an effective anchor for the film. 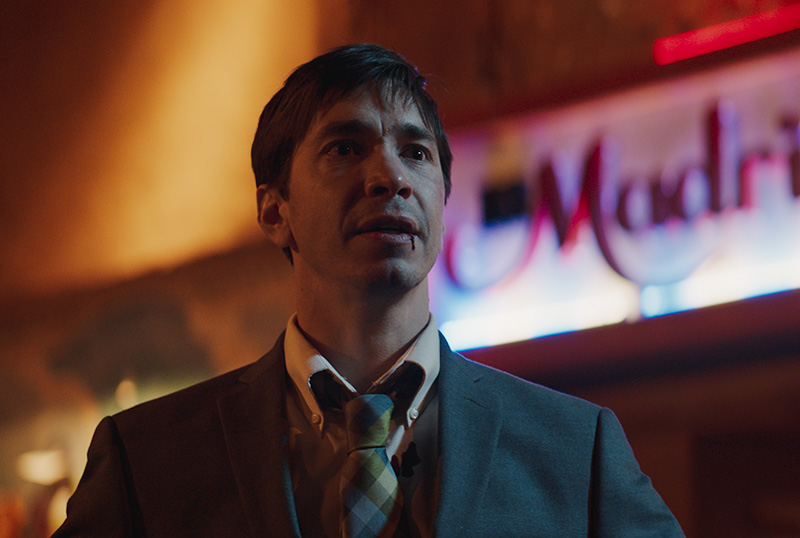 It’s best not to think too hard about the movie’s logic and the rules of the universe it sets up, because it doesn’t completely come together. The writing is as imaginative as the direction, but it explores a lot of ideas and entertains a number of scenarios before arriving at a conclusion that is less novel than the story preceding it. That’s certainly not a bad thing, but for as unpredictable and surprising as the majority of the movie is, the conclusion is just a bit rote.

It also raises some interesting philosophical concepts concerning fate and the universe, but those are heady concepts for an 87 minute movie and sometimes feels like it’s rushing to get to the point, especially in the third act. There’s a lot the movie has to say and it may have benefited from an additional 5-10 minutes just to entertain some of the more interesting points it wants to make.

The Wave is a good movie on its own merits, but it signals a strong future for director Gille Klabin. This is a directorial debut that does not feel like a debut, and Klabin has a level of dedication to the movie’s style that is profoundly apparent in the final product. It does ask some questions that are not satisfactorily answered, but that barely holds it back from being a memorable and impactful technical marvel that puts Klabin firmly on the map.

Take a Drink: for every time/location jump.

Do a Shot: whenever Frank thinks he’s back into reality and proven wrong.

Take a Drink: every time Frank is called “baby.”

Take a Drink: every time someone says “drug.”