The trailer for Spies in Disguise caused a minor sensation when it dropped a few months ago, not because of its animation, nor its stars, but rather its truly insane twist.  It’s kind of impossible to review this film without acknowledging it, so stop here if you don’t wanna know.

Ladies and Gentlemen, Will Smith.

Will Smith is superspy Lance Sterling, who gets framed and finds himself on the run from his own agency, with only the assistance of agency pariah inventor Walter Beckett (Tom Holland), who has some intriguing ideas about the future of spycraft.  Namely, turning Lance into a pigeon…

The greatest asset of Spies in Disguise, and what truly makes it a largely under the radar true pleasure, is that same anarchic silliness of  a Cloudy With a Chance of Meatballs or Storks- the mile-a-minute gagwork that hits more than it misses and isn’t afraid to get just a little weird. 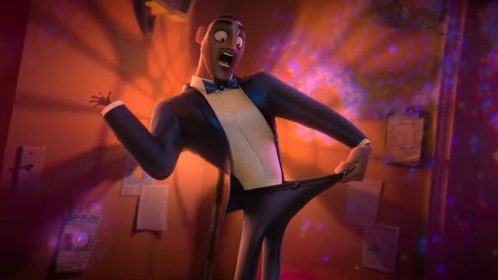 The plot is a winningly bizarre combination of those kind of films and a surprisingly seriously handled storyline straight out of Skyfall, employing the skin-crawling voicework of Ben Mendelsohn.  There’s no reason this film should work as well as it does, but when a creative team is given this much creative license, it’s enough for you to go ahead and ignore what you saw when you looked their credits up on IMDB.  All I can say is, more of this, please.

The film does drag a tad in the apparently inevitable late second act breakup between Lance and Walter, but never fear- storytelling convention is here.

The screenplay also doesn’t do a terribly good job convincing the audience being a pigeon is a truly an asset for a spy, mostly because the “spying” consists of all the action setpieces you’d see in a typical Hollywood-style “spy” movie, except performed ineptly by pigeons.  It’s damn entertaining, but Lance sure seemed more effective in the beginning of the movie when he could blow up stuff.

Spies in Disguise pulled off a surprise nearly as big as when it reveals its premise in its trailer- it’s actually pretty darn good, with laughs and heart to spare.

Take a Drink: any time somebody calls Walter weird

Take a Drink: every time the kitten glitter bomb goes off

Take a Drink: every time you hear “cloaca” or some variation of “fight fire with fire”

Take a Drink: every time the gross pigeon eats or expels something

Do a Shot: for every transformation 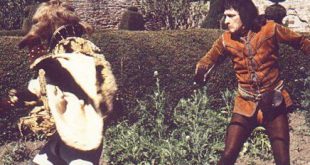