My Fair Lady (1964) is one of the most beloved films ever made.  The recipient of eight Academy Awards, this lavish musical is timeless partially because it is based on a story that goes as far back as ancient Greece.  That Greek myth is the famous story between Pygmalion and Galatea, and Pygmalion is the classy title for the play that George Bernard Shaw wrote that has been adapted several times for film and television, including the 1973 version that the BBC meticulously crafted. 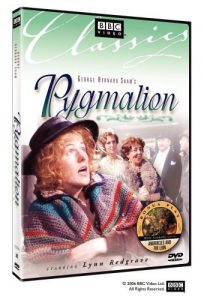 This BBC TV movie is another great example of how the BBC really admires the writing talents of British authors.  Lynn Redgrave is phenomenal as Eliza Doolittle, and James Villiers is excellent as Professor Henry Higgins, the role that earned Rex Harrison his only Academy Award as “Best Actor.”  This televised production also follows the original script of the stage play more closely compared to other adaptations of Bernard Shaw’s classic story. 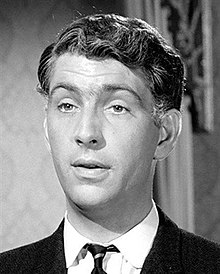 This TV movie is more or less a faithful retelling of Shaw’s reinvention of the Pygmalion myth that employs ideas within speech and language pathology to provide social commentary on twentieth century British society.  In contrast to My Fair Lady, though, this televised production has an aesthetic that is a more modest version of Shaw’s published masterpiece when compared to the glamorous Hollywood musical that Jack Warner from Warner Bros. fame personally produced. 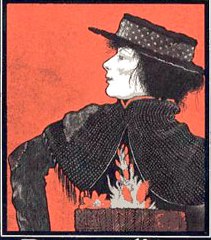 Take a Drink: every time Eliza howls out of her own frustration and humble background

Drink a Shot: every time Professor Henry Higgins is pretentious because of his passion for phonetics

And Have a Drink of Your Choice: if viewers have a hard time deciding which version of Pygmalion really is the best given the subjective nature of cinematic and televised art