Francophiles cannot help but admire the history, beauty, and splendor of France. Indeed, French culture has fascinated people for centuries, and Paris remains a popular tourist destination. Some of the greatest creative triumphs center on the magical qualities of France, including Woody Allen’s popular romantic comedy Midnight in Paris (2011). It is no surprise, then, that a film based on a play that is also based on a classic French novel would be pure Oscar bait. That is exactly what happened when Stephen Frears collaborated with Christopher Hampton to adapt his stage play for the silver screen. The final result is the “Best Picture” nominee Dangerous Liaisons.

This film is one of the best examples of a French period drama. The gorgeous production design and sumptuous costumes add lavishness to such a “dangerous” story (pun intended). It is also no surprise that this film would win Academy Awards for its adapted screenplay, art direction-set decoration, and costume design. Even though this film did not win any awards for acting, Glenn Close and Michelle Pfeiffer both received nominations that were well-deserved. It is actually a bit of a shame that Glenn Close still has not won an Oscar (as of 2018), and she even had to lose to Meryl Streep when she won her third Oscar for The Iron Lady (2011). Nevertheless, the film itself is still one of the most beautiful films ever made given its eye-popping visuals.

The Academy has a tendency of nominating and awarding films that involve historical fiction. Two of the most famous examples of such occurrences happened when Ben-Hur (1959) and Titanic (1997) both won eleven Academy Awards.  General audiences and film critics also express admiration for films that look stunning. After all, cinema really is a type of art, and that is part of the reason why people like to enjoy the aesthetic qualities of any artistic medium (whether it be literature, paintings, and motion pictures). Nicole Kidman famously remarked that “art is important” when she won an Oscar for playing Virginia Woolf in The Hours (2002), and she is right in so many ways. That is because cinema really is “art” in so many ways, which is why films like Dangerous Liaisons continue to endure even if the plots take place centuries ago. 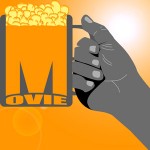 Take a Drink: for every ravishing costume

Drink a Shot: every time Vicomte de Valmont repeats the line “It’s beyond my control”