William Shakespeare’s greatest play is arguably Hamlet.  Many would even consider Hamlet to be the greatest drama ever written.  Part of its enduring legacy is that it warns audiences about the dangers of revenge.  Of course, Shakespeare has explored the theme of revenge in many of his works, and one of the lesser-known plays that he wrote that explores that particular theme is Titus Andronicus. 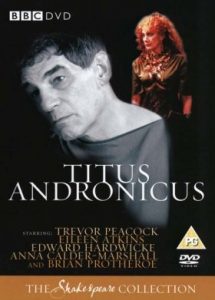 Like many BBC productions, this TV movie features powerful acting as the performers recite some of the most poetic and enduring lines from the Bard.  The cast even features Dame Eileen Atkins, who would later gain notoriety in entertainment productions ranging from Gosford Park (2001) to the Doc Martin TV series.  The real star, though, is Trevor Peacock in the titular leading role.  This particular role is very hard to play given the grim and Gothic nature of Shakespeare’s original play, and Peacock definitely does justice to that character. 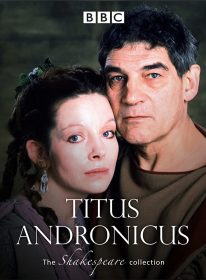 Given the dark nature of Titus Andronicus, this play (and TV production) might not be suitable for everyone.  Viewer discretion is definitely advised.

Titus Andronicus is a very compelling Shakespearean drama that combines revenge, violence, and grief to offer audiences powerful lessons about life and death.

Take a Drink: for every violent act

Drink a Shot: for every shot that might be hard to watch thanks to the brilliant cinematography

And Do Not Be Sober: by the end of this play (because it really could be THAT depressing)