On the Waterfront (1954) Movie Review

A common theme in literature and film is the classic contrast between illusion versus reality.  Indeed, truth is both real and subjective, and fantasy is usually a product of imagination.  Some people would also argue that truth is stranger than fiction.

After the invention of film, many filmmakers used motion pictures to teach audiences fundamental facts, and one of the best examples within American cinema is the “Best Picture” winner On the Waterfront. 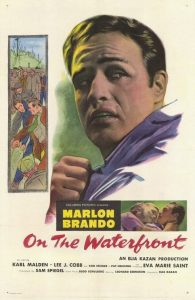 Elia Kazan once again delivers a compelling and dramatic masterpiece shortly after directing the critically acclaimed adaptation of Tennessee Williams’s A Streetcar Named Desire (1951).  Coincidentally, Marlon Brando and Karl Malden starred in both movies.  One of the greatest aspects of On the Waterfront is the superb acting, and Eva Marie Saint actually won an Academy Award for her supporting role as “Edie Doyle” even though this was her film debut.  The screenplay is also very sensational because of the social commentary that was very relevant to American culture during its original production and release in the early 1950s.  This film really is an American classic that shatters the illusions associated with the elusive “American Dream” (a dream that is oftentimes too beautiful to be real). 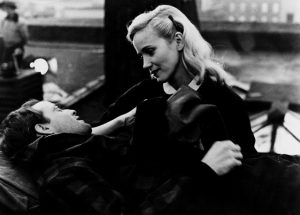 On the Waterfront triumphantly won eight Academy Awards.  Parasite (2019) might have been the first international film to win the coveted “Best Picture” Oscar in February 2020, but On the Waterfront is essentially an American classic about American society years after the establishment of the United States.  Films sometimes reflect the realities of the countries where they had originated from, but film really is a universal medium that can entertain and educate audiences willing to accept the realities of life even though movies really are just movies (but no offense to cinephiles, of course, including my own passion for literature and cinema). 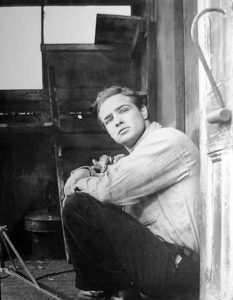 On the Waterfront (1954) Bonus Drinking Game

Take a Drink: for every tense scene that makes this film undeniably dramatic

Slowly Enjoy Your Favorite Drink: during one of the greatest scenes ever filmed (true film lovers would know that particular scene)

And Cheers: to Elia Kazan for directing not only some of the greatest films in American cinema, but for also giving the world some of the best movies ever made!