Hollywood censorship has changed alongside the development of motion pictures as both an art form and an entertainment industry.  The Hays Code did its best to limit what could (or even should) be shown on the screen until the MPAA rating system formed in 1968.  Obviously, a film like Fifty Shades of Grey (2015) would not have been made during one of the early stages of film history, but films still managed to tackle difficult subject matter despite such restrictions.  One of the most famous examples of such an occurrence was when Johnny Belinda premiered to critical acclaim in 1948. 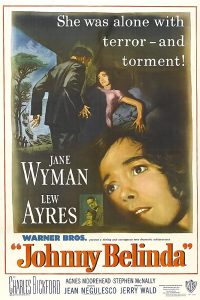 This is truly one of the best films ever made!  Warner Bros. was very fortunate for producing such a compelling drama even though the story is a tough pill to swallow.  The acting is phenomenal, the story is dramatic, and it is also believed to be the first film to deal with rape. Jane Wyman’s Oscar-winning performance is the epitome of the notion that, “actions speak louder than words” because she won both the Golden Globe and the Oscar without uttering a single word.  The entire cast delivers powerful performances in such a competitive year that included The Treasure of the Sierra Madre and Hamlet, which reveals how Hollywood is able to produce several great films in a relatively short time frame. 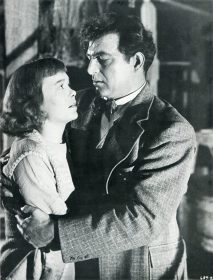 Overall, this Johnny Belinda is truly phenomenal because it is a grand drama about subjects that might be hard to discuss, but are still relevant to the harsh realities of life itself. 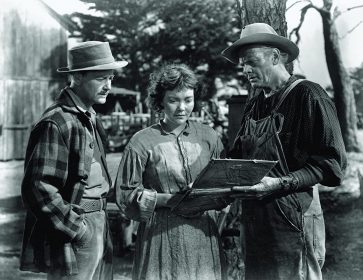 Take a Drink: every time Belinda cowers in fear given her dire circumstances

And Drink Cautiously: because too much alcohol really can result in violent behavior