If you’ve recently seen ads for a new film called Jexi about a socially awkward man’s obsessive relationship with his new foul-mouthed smartphone, you may have wondered, “Is this a real movie?”

Yes, the answer is yes.

Jexi, an actual feature-length motion picture, stars Adam Devine—speaking of Adam Devine, if you haven’t yet checked out The Righteous Gemstones, correct that right away, I cannot recommend that show enough. It’s brilliant. Okay, what was I talking about again?

Jexi is written and directed by Jon Lucas and Scott Moore, who also wrote The Hangover, Bad Moms, Office Christmas Party, and pretty much every other R-rated raunch comedy of the last ten years, so yeah… this is what this is.

Devine plays an loser named Phil who works at Not Buzzfeed. He longs to be a “real” journalist, but has been stuck in the listicle department for years, everyday trying to come up with something to go viral to please his high-strung boss (Michael Peña). Despite crafting a perfectly filtered online social media presence, Phil has no real-life friends. His life is his phone – from childhood when it was his babysitter to adulthood, now his only friend. 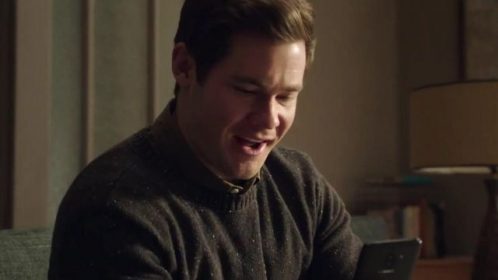 His life comes crashing down, literally, when an accident leaves his phone broken beyond repair. Phil’s so distraught, he barely even notices a pretty girl named Cate (Alexandria Sipp) who owns a nearby bike shop and inexplicably seems into him.

Phil heads over to the Not Apple store and replaces his destroyed phone with the latest model complete with a new A.I. personal assistant named Jexi (voice of Rose Byrne). It’s about the moment that Jexi calls Phil “stupid” for agreeing to the User Agreement without reading it, that Phil realizes that Jexi is no Siri. Jexi claims to mean well, wanting to help Phil be more outgoing and take more risks, and in her own way, does. That is until she decides she wants Phil all to herself.

Despite this movie being exactly what you think it’s going to be (pretty much a Funny or Die spoof of Her), there are some genuine laugh out loud moments, particularly in the first half as Jexi belittles Phil and uses her never explained powers to override his decisions. There’s also a running gag about the movie Days of Thunder, which is the sort of thing I personally find hilarious because it’s a such a weird, random thing.

Rose Byrne is perfect (as she always is in everything that she does) as Jexi. The combination of her deadpan-delivered dialogue and the manipulation of her voice to sound artificial gets the majority of the film’s laughs. Every time she said “Pokémon GO,” I lost it. 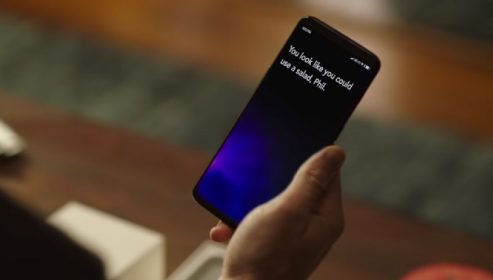 Adam Devine (once again, Righteous Gemstones people!) is one of those actors skilled in cringe humor and who is never afraid to look ridiculous for a laugh. He does the most he can with the awkward and unevenly written character of Phil.

Wanda Sykes shows up as the phone store employee Phil deals with and even though it’s yet another variation of the same character she always plays, it’s not any less funny. Her monologue comparing a smartphone addict to a crackhead is inspired (“a crackhead gets his steps in”). Likewise, Michael Peña has some great moments, such as when he manically explains what content makes for the most viral lists. (It’s cats and the Royal Family.)

For a while, I was having a lot of fun and even thinking – you know, this ridiculous thing might actually turn out to be a pleasant surprise…

Until I stopped thinking that. 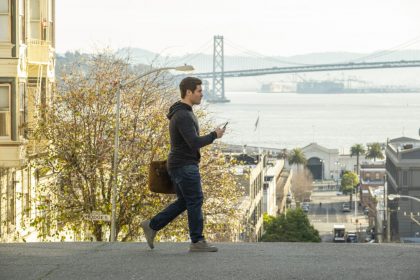 Right around the middle, there’s a scene in which Phil attempts to ride an antique bicycle down that big hill in San Francisco that movies that take place in San Francisco are required to show by law (I think). He pummels down the hill at top speed and lands with a crash. This scene serves as a perfect visual representation of this film.

The initial gag of Jexi dropping multiple f-bombs gets old pretty quickly and once she goes all bunny-boiler on Phil, the schtick begins to get tiresome. It’s as if Lucas and Moore came up with the concept, wrote the first half, and then realized they still had to figure out a middle and end it somehow.

To pad out the remainder of the movie, there’s a romantic subplot involving Phil and Cate that feels ripped off from every rom-com of the last twenty years complete with an awkward first date, an out of nowhere chiseled ex-fiancé (Justin Hartley), and a character’s race against time to declare their love and stop the other person from leaving on a long trip. And all these things happen, within… I dunno, a week? Despite Devine and Sipp’s best googly-eyed efforts at chemistry, it never feels real. Cate pretty much falls for Phil because the script calls for it. 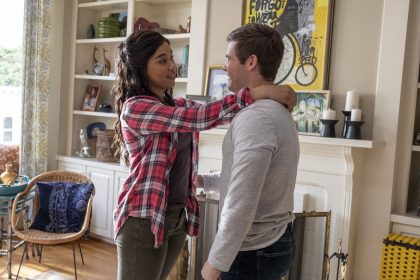 Not that a movie like this needs to make a whole lot of scientific sense, but in this case it would have helped if some rules were established regarding Jexi and her ever-increasing powers. By the end, she is all-knowing and able to control pretty much anything and everything.

Her motivations also change from scene to scene. Again, it’s not that realistic character development of an inanimate object is necessary, especially in a film with a dick-pic montage, but a little consistency would have been nice.

This is something that would have worked better as a short than a feature-length film. The first act is entertaining with several very funny moments, but after that the movie becomes a chore to get through. Though it’s bound to already feel dated by the time it hits streaming platforms – which is likely to be very soon – it may be worth a watch if you’re in a particular mood for something silly and mindless. After you binge The Righteous Gemstones though.

Take a Drink: for every Days of Thunder reference

Take a Drink: when Phil’s boss asks to be played out

Do a Shot: at the obligatory “plug me in” Jexi sex scene