By: Movie Snurb (A Toast) –
Green Book (2018) has been recognized as one of the best films ever made.  Awarded the Oscar as the “Best Picture” of 2018, it earned Mahershala Ali his second Oscar as the year’s best supporting actor, and he even won his first Academy award for that same category in Moonlight (2016), which was also awarded “Best Picture” (and who could forget that notorious mix-up with La La Land)!
Racism remains a major issue even within the twenty-first century, but some of the best films ever made have encouraged audiences to embrace acceptance rather than engage in prejudice.  One of the most iconic examples of such a film is the “Best Picture” winner Driving Miss Daisy. 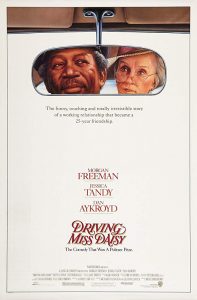 A Toast!
The triumphant winner of four Academy Awards, Jessica Tandy possibly gave the best performance of her career as the titular Daisy.  Some people might not have known that Tandy was also one of the first actresses to portray Blanche DuBois in Tennessee Williams’s A Streetcar Named Desire on the stage even though Vivien Leigh won her second Academy Award for bringing that heroine to life in its iconic film adaptation. 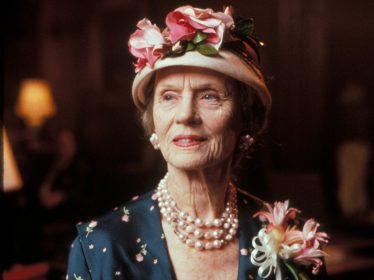 Driving Miss Daisy is a very unique film because the basic plot is very simple while also delving deep into what it truly means to be human.  This is also one of the shortest “Best Picture” winners at 99 minutes, and the script for the stage play contains only around fifty pages of dialogue.  Nevertheless, Driving Miss Daisy is sweet in its simplicity while also being bold with its radical ideas with regards to racial tension in America (not to mention the entire world). 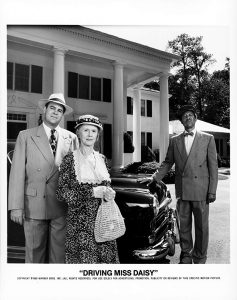 Verdict
After the success of Green Book (2018), many film lovers have argued that Green Book is basically “Driving Miss Daisy in reverse”.  That comparison might be very simplistic, but both films were genuinely groundbreaking in their own respective rights as both films support the notion that ALL people should have equal rights.  Cheers to diversity within modernity!

Take a Drink: every time the film deals with compelling themes, including: prejudice, social issues, and aging
Drink a Shot: every time Boolie says, “Mama”
And Cheers: to the power of friendship!
Share