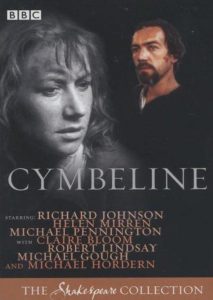 Starring Richard Johnson and Helen Mirren, this magical tale combines fantasy with gritty realism to create a compelling “dramedy.”  Part of the brilliance of this BBC adaptation is how the play examines the nature of love and forgiveness to provide social commentary on Elizabethan patriotism.  One of the main motifs in this play is the lies and deception that remind viewers about their mortality.  And of course, Dame Helen Mirren is always brilliant in whatever role she plays (Imogen, in this case), so it is no wonder that she would eventually win an Oscar for playing Queen Elizabeth II in The Queen (2006). 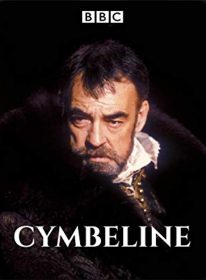 Cymbeline is perhaps one of the most imaginative plays by the Bard because of how Shakespeare employs fairy tale-like qualities to reiterate the notion that death is inevitable, and that life should be treasured despite the mortality that everyone has to accept as a fundamental fact of life itself.

Take a Drink: every time a character lies

Do Not Be Sober: whenever anyone in the play endures suffering

But Still Cheer: to the power of forgiveness as explored in this highly original Shakespearean dramedy!