Some of William Shakespeare’s greatest plays are tragic, including: Romeo and Juliet, Hamlet, and the (supposedly cursed play) Macbeth.  Even though scholars and students study Shakespeare academically, Shakespeare’s other plays include classic comedies.  As You Like It might not be one of the most iconic plays from Shakespeare, but it is still a compelling work of entertainment. 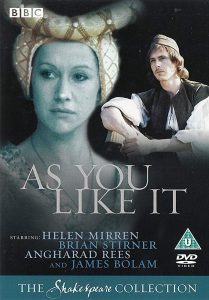 This is a very simple, straightforward, and delightful musical-comedy.  Part of the appeal of this play/film is the music and songs.  Helen Mirren is also fantastic as “Rosalind” years before she won the Academy Award for playing Queen Elizabeth II in The Queen (2006).  Without giving any major spoilers, one of the best ways to describe this production is that it is a romantic musical-comedy that is about several facets of love. 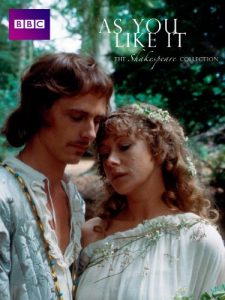 Romeo and Juliet might be one of the most beloved love stories of all time, but As You Like It is a multidimensional love story in which the characters are people on the the theatrical stage, the cinematic world, and are part of the famous notion that “all of the world is a stage” (which Shakespeare himself thought about) because people just do what they do, and that is a fundamental fact of life itself.

Take a Drink: every time Jaques repeats the word, “sans” (which means “without”) in Act 2 Scene 7

Drink a Shot: every time there is singing

Have a Red Cocktail: every time characters express love and admiration for one another

And Cheers: for the epic epilogue (but viewers could enjoy this classic comedy and learn great life lessons as soon as all of the action is done)