Jack Cunningham (Ben Affleck) was a star on his High School basketball team. He gave up a full ride to Kansas and fell into hard times. He met his wife who got him clean and they had a child together. Their son passed away from cancer, then Jack began to drink hard. His wife separated from him and then he drank more. One day his old HS reaches out after their head basketball coach has a heart attack and they ask Jack to take over coaching duties. He begins to find purpose and a reason to stop drinking and begin to live again.

Everyone will probably be comparing this to Manchester By the Sea. Maybe because this stars Casey Affleck’s brother. Maybe because it involves a child’s death and a marriage falling apart as a result. Maybe because it involves a guy punishing himself for the things he’s done. Maybe it’s because of all of the above. But instead of comparing things like we always have to, can we just enjoy the acting talents of both brothers? This is easily Ben Affleck’s best performance of his career maybe only behind Gone Girl.

Ben has had problems with alcohol and it has led to his divorce to Jennifer Garner, and he has admitted he regrets all of it and regrets losing Jennifer. He brought a lot of his real life into the part and it shows. The pain in Jacks face is heartbreaking; one, because the story is heartbreaking, two, because you know Ben has had similar conversations with Jennifer and he is reliving those moments. The honesty and subtlety in Ben’s performance helps make this film great. If it were another person in the role of Jack this could’ve been overly melodramatic or flat out terrible. 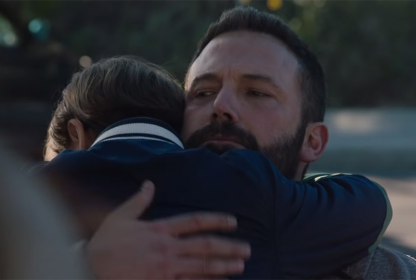 Also, the subtle brilliance in the filmmaking also helps elevate the film to another level. The big thing I noticed was during the first game Jack coaches against the best team in the conference. It’s shot poorly, its camera angles are jarring and disorienting. It’s confusingly shot, like an action scene that is shot poorly. However, as the movie goes on the games are shot with more clarity and steadiness. I began to realize that the filmmakers were attempting to make the film an immersive experience. They want the audience to feel what the kids and Jack were feeling in the first game and it helps us understand as the players begin to work well together and win. It’s subtle nuances like that which make great films. 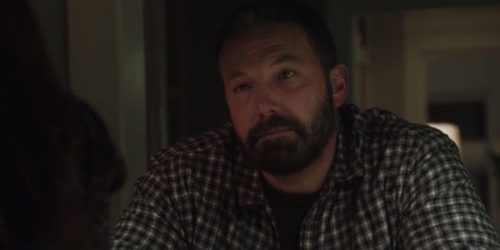 The Way Back is one of the rare sports films that isn’t cheesy, bolstered by an amazing performance by Ben Affleck. One of the first great films to hit theaters this year, I highly recommend.

Do a Shot: every time Jack cusses at the kids.

Do a Shot: every time Jack or you cry.

Finish your Beer: when Jack drinks 30 beers in one night.