The latest reboot of a not particularly long-running or successful show that still somehow outsurvived nearly all of its peers in the cultural consciousness has landed. 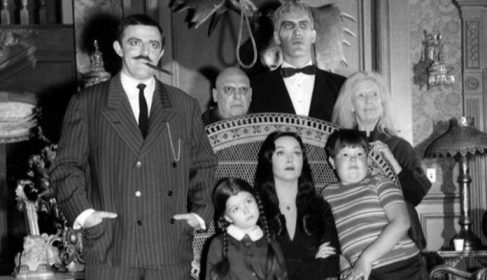 The Addams Family is an animated origin story of sorts, as Morticia and Gomez escape “the old country” and find the most precious possessed house for them, their bizarre progeny, and various even more bizarre relations.  Where they land is the one house marring the plasticine suburban community masterminded by Margaux Needler (Allison Janney), the megalomaniac star of an HGTV-esque program.

There’s some actual blasts of intriguing weirdness here that keep alive the notion of what makes this macabre family special in the first place, including a whole fairly new layer of ethnic “old country” references and immigration narrative to come at the “we’re all weird” messaging from a slightly different angle.

Also, all of the perhaps overqualified vocal performances are extremely game and find more comedy than the setup often provides. I mean, take a gander at this cast: 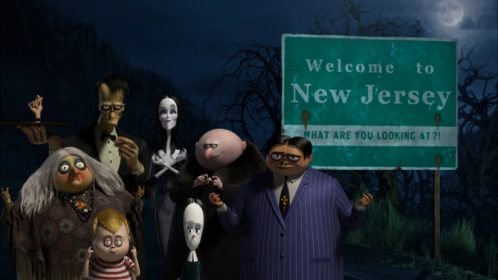 The animators really commit to some exceedingly ugly character design, and I’m not talking about the Addams Family itself.  No, the true grotesqueries on display are the townies, hands down. 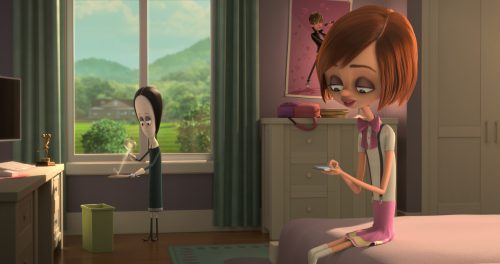 Please direct that magnifying glass towards my eyes, Wednesday.

This is the same plot and underlying themes as we’ve seen several times in Addams Family adaptations over the years- namely satire against what it means to be normal and suburban American ennui.  Unlike the increasingly beloved live action films, though, the satire here feels oddly toothless.  Of course you were gonna pit the premiere weirdo family against a bunch of golf cart-driving polo & sunhat folk.  What else?

There’s comedy here, but instead of truly committing to some of the more bizarre turns they take, the filmmakers resort to puns and pop music references along the lines of your typical Dreamworks or Hotel Transylvania joint.  It’s unfortunate that they were happy to stay operating at that level instead of aspiring for more. 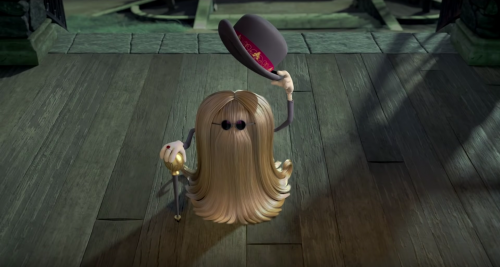 Snoop Dogg, at your service.

The Addams Family is an amusing enough grab at the same old brass ring adapters have been snatching at almost ever since Charles Addams first put pen to paper.

Take a Drink: whenever Lurch plays a song

Take a Drink: whenever the Mazurka is referenced

Take a Drink: whenever Wednesday acts out

Take a Drink: whenever Uncle Fester takes an arrow

Take a Drink: whenever someone uses their smartphone

Do a Shot: for the Addams Family song