This year is one of those rare double original Pixar years.  Yep, all killer, no filler, even if I’ve yet to see a truly bad Pixar sequel, honestly. 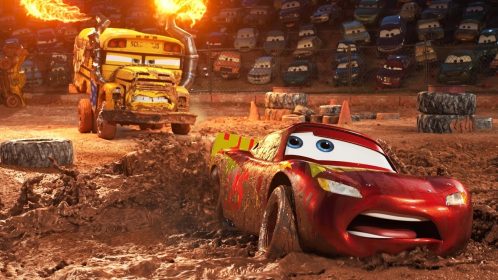 Even this had its moments.

Onward is set in a fantasy realm that has modernized over the centuries to the point where unicorns are common raccoon-like pests and magic is thought to be myth when it’s thought about at all.  When brothers Ian (Tom Holland) and Barley (Chris Pratt) Lightfoot find a spell left to them by their late father, the results are… less than ideal.  Now they have 24 hours to complete the spell to have any hope of spending one last day with their father as promised.

While I never was much of one for the D&D set, and find it next to hilarious that the principal bugabear of the 80s and 90s satanic panic days is sanitized enough for children’s movies these days, I do have to give it to Pixar for working their usual magic on the high-concept idea.  This is a world where dragons are yappy dogs and centaurs are the local constabulary, donuts and all, and Monsters University‘s Dan Scanlon does a good job fleshing it out and finding the humor in subverting our expectations of the meeting of magic and modernity. 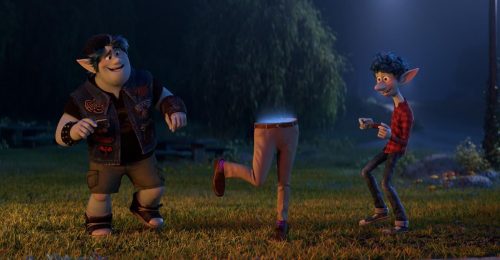 The main attraction of the film, though, is the relationship between Ian and Barley, which Holland and Pratt locate the both the brotherly contentiousness and the underlying love of.  While so much of the film is framed in the strangely typical Disney terms of the early childhood loss of a parent, Onward really goes for the emotional jugular when it instead examines how that loss has affected these two’s relationship.

It’s a bit tough to put your finger on, but Onward doesn’t quite rise to the heights of the best Pixar fare, feeling more like a high-grade Dreamworks or Sony production than that of the stellar studio that brought us Up or Wall-E.  Maybe that’s due to not quite grounding itself deep enough in the specifics of its high-concept world- this should have had a gag ration at least as good as, say, Zootopia.  A relative quibble, though. 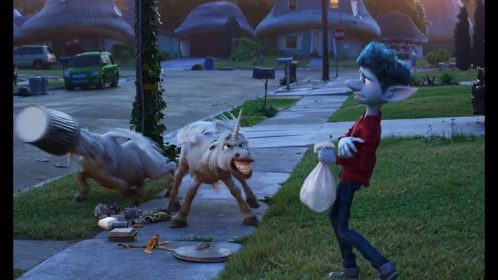 I did appreciate every bit of this.

Onward is another unique, well-realized original concept from the Pixar machine that knows the right to time strike for the heart.

Take a Drink: for splinters

Take a Drink: for every magic spell that doesn’t work

Take a Drink: for every one that does

Do a Shot: for every unicorn encounter