What follows is a spoiler-filled review for Life Itself. But you’re not here to NOT be spoiled, are you?

Life Itself opens with Samuel L. Jackson narrating a story about a man who obsesses over his Fantasy Football team. Dissatisfied with how boring this character is, Jackson turns his attention to this man’s therapist (Annette Bening), whom he considers a proper protagonist. Unfortunately, Annette Bening is promptly hit by a bus when she leaves the office. Jackson exits the picture in anguish. Already, this movie has, in literally seconds, accomplished the impossible task of making Samuel L. Jackson grating. Picture Jackson’s Capital One commercials but with him yelling a lot louder. Luckily he does not reappear, and a national treasure avoids being further tarnished.

It turns out that this bizarre opening is actually just a script for a film about the Unreliable Narrator trope that Will (Oscar Isaac) is trying to write. Will is also seeing Annette Bening’s therapist character. He’s miserable since his wife Abby (Olivia Wilde) left him, which he expresses while loudly praising Bob Dylan in the middle of a Starbucks, pouring alcohol in his coffee and offering Xanax to the barista. At this point, Life Itself is so far up its own ass that it could crawl out of its mouth if it wanted to. Clearly, writer/director Dan Fogelman hasn’t quite captured the same spark from his hit show This is Us.

During his sessions with his therapist, Will recounts his relationship with Abby. Abby was obsessed by her thesis about the “unreliable narrator” in storytelling, and how, when you think about it, life is sort of an unreliable narrator itself. The two binge on Tarantino movies and Bob Dylan albums, own a dog named Fuckface, and are expecting a daughter… named Dylan (ugh). In terms of that unreliable narrator, Will reveals that he and Abby were not not as blissfully free of turmoil as he had originally recounted. In addition, Abby didn’t “leave him” in the traditional sense of the term. She left him, and this world, when she got hit by a bus. Just like Annette Bening.  Life Itself has a suspicious obsession with people getting hit by buses.

Will then kills himself during a session by shooting himself in the head. The jury is still out on whether his gun fired a tiny bus to smash into his brain but the Rule of Three is just begging to be fulfilled here.

Through a very off-putting and frankly extremely creepy time-lapse, we see young Dylan transform into young adult Dylan (Olivia Cooke). Both Grandma and Fuckface pass away in a short amount of time, leaving Dylan to emotionally abuse Grandpa, play in a band that does weird punk covers of Bob Dylan, and physically assault strangers.

Some time…. earlier, I think, we swing over to Spain, where Javier (Sergio Peris-Mencheta) lovingly toils over the vineyard of Mr. Saccione (Antonio Banderas). Mr. Saccione notices this, and promotes Javier to foreman of the fields, complete with his own villa. This allows Javier to finally marry the woman he loves, and they have an adorable son named Rigo. Life is good, until (and it’s always “until” with this movie), the family vacations to America.

At this point, a couple of plot points converge, when pregnant Abby converges with the business end of that speeding bus. It turns out that precious 4-year-old Rigo was distracting the bus driver right before this happened, technically making this child responsible for the death of Abby. This deeply traumatizes Rigo. The boy is in dire need of psychological help. Instead, Javier becomes an alcoholic, rejecting the pleas of his desperate wife as he angrily throws back glasses of wine like he’s in a bad music video. Mr. Saccione offers financial assistance to provide Rigo with therapy, but grows closer to Javier’s wife. Surprisingly, the movie has the restraint to not turn Mr. Saccione into a sex-hungry cuckolding villain. All the same, Javier leaves his family so that Mr. Saccione can become the new father figure.

Rigo immigrates to America, where he attends college. He struggles to balance his school life with the fact that his mother is afflicted with cancer. His mother has cancer for pretty much no reason other than inadvertently causing the death of a pregnant woman isn’t suffering enough for Rigo. Ironically, he falls in love with Dylan. She knows nothing of his involvement in her mother’s death. Chances are she never will.

Life itself might be the ultimate unreliable narrator, but Life Itself is certainly a reliable hilariously bad movie.

For all of its faults, Life Itself is not wanting for great performances. Oscar Isaac makes the best of what he’s given, but at the very least is convincing as a deranged, heartbroken lost soul. Antonio Banderas delivers a frankly compelling monologue in his segment as Mr. Saccione. Olivia Cooke, after a terrific performance in this year’s Thoroughbreds, continues to cement herself as a compelling young actress with frankly not enough to do in this film. Virtually the entire cast does solid work, but it’s consistently at odds with the ridiculously overwrought writing and directing.

To call Life Itself emotionally manipulative would be like like saying wrapping your tongue around an active curling iron causes mild discomfort.

The film is so savagely cruel to its characters that it treads into parody territory. There aren’t just bad things happening to the characters, this movie just really has it out for everyone. Abby’s parents don’t just die in a car crash, her father gets decapitated by the steering column. Sure, that’s a thing that can happen in real life. But the movie keeps going. It’s mentioned that Abby is stuck in the car with her father’s headless body for an hour. And then she is taken in by her uncle and repeatedly molested by him. It’s completely unnecessary as part of Abby’s character,  except to constantly remind us that life is going to fuck you up. Every moment of sadness in this movie has to be amplified to the point where it’s almost masturbatory how much it wants to be unpleasant. Even Javier’s wife is described as “the fourth prettiest” of six sisters.

The real message that Life Itself eventually gets across is that something horrible will eventually happen to anyone, no matter who you are, and it’s going to be really shitty, man. The two or three characters that do not suffer horribly probably will very soon, the movie just ended before that could happen. Every last character is set up to be caught in the cold, sadistic crosshairs of life. They are one phone call, medical diagnosis, or vehicular accident away from being a damned road crayon on the highway of existence.

There’s a decent amount of comedy in Life Itself, but most of it is not only surprisingly dark, but actually really fucked up. There’s a very strange rhythm to the humor in this movie, in that it frequently follows something serious or grim with a joke. But the joke’s context makes it come across as surprisingly tone-deaf. Take, for example, when Will recounts the extravagantly violent death of Abby’s parents–the steering column decapitation. Noting his therapist’s shocked expression, he quips, “I know, right?” During a flashback, Will’s mother makes a comment that she’s glad Abby’s parents are dead, and there’s not really any context offered for this beyond Will’s mom apparently being awful at telling jokes. Will also directly tells his therapist that he tried to masturbate to her but failed. Again, not much context except to somehow use that joke to mention that Will was sent to a medical facility. Hilarious, isn’t it?

Actually, what is oddly hilarious is the setup to Abby’s death. You see, Annette Bening gets hit by a bus at the beginning of the film when she steps out to an intersection without looking. This is played as a joke. Later, Abby is in the exact same situation. She steps out of the very same intersection, and the realization of what’s going to happen is not unlike what happens when you see a comedy continually set up the same running joke. This is supposed to be one of the most tragic, dramatic things to happen, but after this same situation was played for laughs with nearly the same tempo in the prologue, it loses its impact.

The thing is that Dan Fogelman is a skilled comedic writer when dealing with weird and off-kilter humor. His other shows, the excellent Galavant and the fun, uneven The Neighbors are bizarre and subversive in wonderful ways. Weird, dark humor doesn’t fit in something like Life Itself. It consistently puts the movie at odds with itself with its oddly-timed humor.

The time progression and organization of events here makes progressively less sense the more the movie tries to slot them all together. Eventually, the four different plots become relatively closely woven, but their specific relationship to each other in terms of when they actually happen starts to get a little confusing.

There’s also no effort to distinguish the different timelines. The film covers four generations of plot, but there’s nothing to distinguish these timelines from 2018. There’s no flavor to the production design to make each story feel different. Apart from a single line of dialogue, there’s nothing in the script to make these stories feel like they exist in different time periods. The epilogue, if the math checks out, would be occurring somewhere in the  2050s at the earliest, but there’s not a single element of the production design or setting in this scene to make it convincing.

There is a pompous air to Life Itself that makes it pretty obvious that those involved in the film really felt like they were making something amazing. Yet the nuggets of alleged profundity are not only fleeting, but empty. The discussions of Tarantino and Bob Dylan feel like placeholders in a completed script that were inserted later on. It’s not necessarily that either one has to have direct thematic connections to the story, but the focus on Tarantino makes it feel like there should be more depth to it. Much time is spent on discussing Bob Dylan’s album Time Out of Mind. The connections this album has to the events of the movie end up being quite weak considering the amount of script real estate spent focusing on it.

Life Itself is a worthy entry in the annals of well-intentioned garbage. It sits comfortably alongside Collateral Beauty, Winter’s Tale, and The Book of Henry as something that its creators apparently viewed as profound, award-worthy drama. But by the end of its nearly two-hour mark, it hasn’t taken its hands off of its dick long enough to actually make a point. It remains stuck in one mode, wallowing in self-important tragedy porn for no reason. Its characters suffer, but never grow. Fogelman has to be applauded for really going for it and making something from his heart, but Life Itself ends up being an unfortunate, unintentionally hilarious misfire. 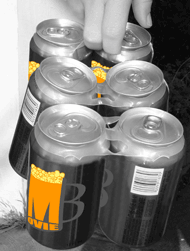 Take a Drink: whenever something awful happens

Take a Drink: every time someone dies or is said to have died

Do a Shot: for every Tarantino reference

Take a Drink: for every Bob Dylan reference

Do a Shot: for every time/location jump