Give or take a Greatest Showman, Jumanji has to be the biggest surprise hit of the last several years- a film that looked no more inspired than most The Rock projects these days and the umpteenth nostalgia reboot of a relatively mediocre original project. 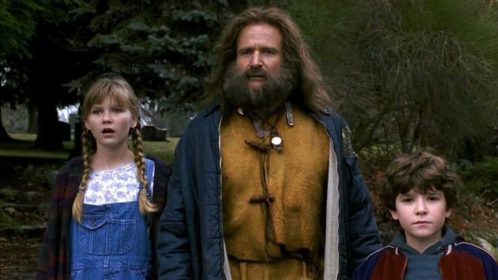 Probably not your most cherished childhood memory.

In Jumanji: The Next Level, everyone is thriving in their post-high school lives except Spencer.  When he returns home on break to find himself sharing a room with his grandpa (Danny DeVito) and feeling estranged from the rest of the Jumanji crew, he goes down to the basement and… well, there’s another Jumanji movie, ain’t there?

The pleasure of these films are the acting challenges, and this sequel wisely mixes up who’s playing who to largely highly amusing effect.  Jack Black as usual makes the most of playing as broad as possible, but the MVP is definitely Kevin Hart channeling a definitely too old for this shit Danny Glover. 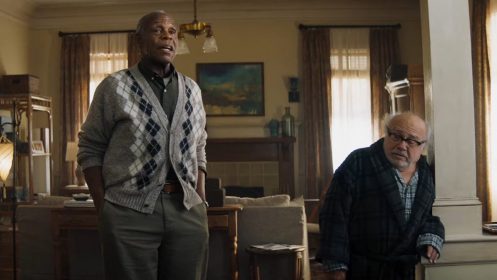 There’s also plenty of mildly terrifying CGI animal-based terror as has long been the purview of the franchise, and the film simply flies by based on its many low-level and surface pleasures.  Sometimes that’s plenty enough for a trip to the theater.

Dwayne Johnson does not do a very good Danny DeVito, or really demonstrate much facility for accents, it turns out. 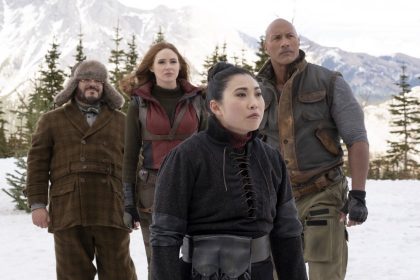 Awkwafina, however… nails it.

The screenplay can’t help but revisit plenty of the concepts and setups of the original (and frankly at times is more successful when it does so).  A sequel to a video game movie subtitled The Next Level doesn’t exactly demand creativity, I suppose, but it would have been nice to see a bit more of it.

Jumanji: The Next Level franchises one of the surprise hits of the last few years by doubling down on goofy character-work.  I’d be fine with a few more.

Jumanji: The Next Level (2019) Drinking Game

Take a Drink: whenever somebody tries an old Danny DeVito “ehhhh”

Take a Drink: every time somebody shows their skills & weaknesses graph

Take a Drink: for every death

Take a Drink: every time somebody switches characters

Do a Shot: every time someone smolders