Ever since I saw In Order of Disappearance, I knew that it was destined to be a Liam Neeson movie. 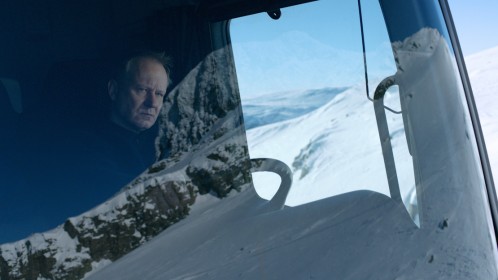 Forget Taken, Stellan Skarsgard Shows How It’s Done was the original’s subtitle, but this is good too.

Cold Pursuit stars Neeson as another stoic everyman who is drawn to violence when somebody he loves is harmed- in this case, his son, a baggage handler at the small Colorado airport nearby, turns up a suspicious overdose.  As he kills his way through the mafia responsible for it, the question arises – is this still the Man of the Year of his small mountain town?

Cold Pursuit features all of the attractions of the original- hyperviolence, the darkest of dark humor, and a stoically comic performance from an acting legend.  This time, of course, it’s Neeson, and here he brings a more humorous edge than we’ve really seen from him in this Man of Action phase of his career.  It suits him. 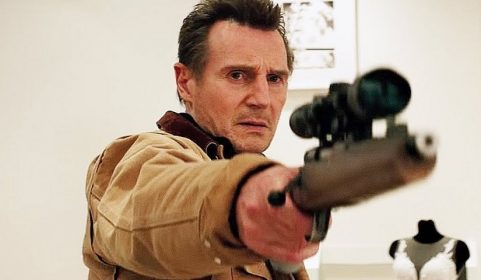 Zoom in on the glee.

Plot-wise, director Hans Petter Moland does an admirable job of transposing his very Norwegian original to the United States and specifically a Telluride-like ski-town way up in the Rockies, which allows him to add interesting touches like an American Indian criminal enterprise as the third wheel of this murder tricycle (playing the part the Serbians did in the original).

If you haven’t seen, In Order of Disappearance (and you definitely should if you like this one), then you’ll be impressed with how stylishly shot and edited Cold Pursuit is, rife with macabre little flourishes like the funerary screen that pops up every time there’s a death (so, a lot, and increasingly until the veritable bloodbath shootout finale).

If you have seen In Order of Disappearance, though, then Cold Pursuit can’t help but feel a tad inessential- I mean, there’s nothing wrong with Stellan Skarsgaard’s English.  There’s not many new tricks in Moland’s repertoire despite the presumably bigger budget, either. 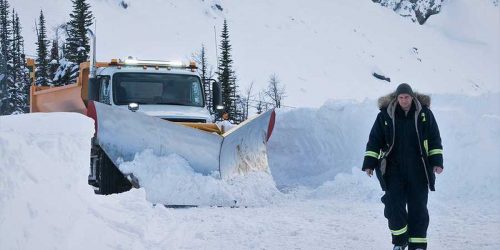 I suppose it’s not like he could have set it in Florida.

Yeah, that press junket interview was fucked up and may well be worth a beer on its own.  Remember that?  Fun, right?

Cold Pursuit is a bloody, macabre, more fun than it should be entry in the Liam Neeson action pantheon, but In Order of Disappearance is better.

Take a Drink (the only one you’ll need): for every notice of death