Peg (Zoey Deutch) is a super smart girl from Buffalo NY. Her mom (Judy Greer) runs a hair salon out of their house to pay the bills. Peg is smart and wants nothing more than to get out of Buffalo. So she hatches a scheme to sell fake tickets to Buffalo games and gets arrested and has to do 40 months in prison. When released she discover the seedy world of debt collecting and begins working for a guy named Wizz (Jai Courtney). However, when he realizes she is smarter than he is, and he’s an asshole, she branches out on her own, leading to disastrous consequences. 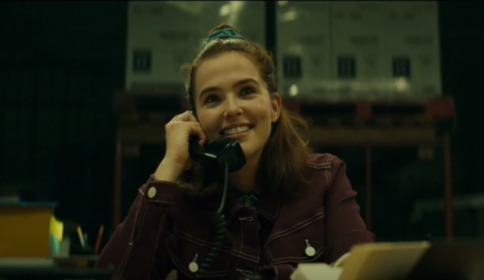 The writing and direction might be the best thing about this film, aside from Zoey Deutch. It’s a whip smart script that is also hilarious. Her soliloquy about the town and people of Buffalo feels saddening yet accurate. Though it’s steeped in her bias against the town, never less that town will always support Buffalo, which is asking for disappointment. Though Zoey has some great lines, she does not deliver my favorite line in the film. My favorite line of the film and possibly my favorite line in a film ever is, “I didn’t come to the promised land to fondle soft wieners.” I almost had to pause the movie so I could catch my breath and make sure I didn’t miss something.

The script is hilarious, but without the timing and line delivery it would fall flat and Zoey knocks this role out of the park. Zoey has the timing of the most seasoned comedian and the dry wit really help sells the fact that her character is supposed to be the smartest person in every room. You understand that fact by how quick-witted Peg, is which is a testament to the writing and Zoey’s acting. Also a quick mention to Jai Courtney, who I at first didn’t think was a very good actor, but I think it’s been the vehicles in which he’s appeared. He’s quite good in this film; he should do more obscure things instead of paint by number action films.

Lastly, a quick mention to the direction of Tanya Wexler. Along with the script, her direction and poise really give the film direction and helped it from becoming a The Big Short rip-off. Since The Big Short and Wolf of Wall Street came out, there have been several films attempting to cash off the success of those films. Much like films did with The Blair Witch Project or Paranormal Activity. Instead of this film feeling like a rip-off Tanya, Brian Sacca (the writer) and Zoey help make this feel inspired by these films but still original, even with the fourth wall breaks, uses of music, and protagonists doing illegal things.

I had a couple of problems with the film, mainly the references to Buffalo. They keep hammering at the fact that everyone in Buffalo loves wings so much that her attorney and judge get into a fistfight over which bar has the best wings. It felt over-the-top and not necessary to drive the point home of Peg hating Buffalo. 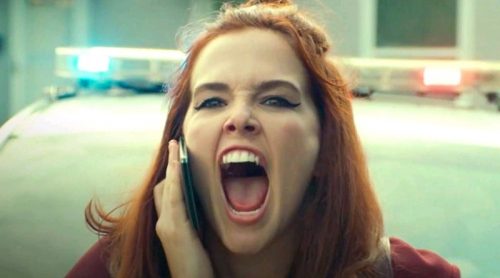 This point could be debated, but in the end our protagonist claims she learns her lesson and decides to taking aim at hedge fund managers to make money. Some might say they have it coming by making money off of poor people and scamming them out of homes essentially. However, it’s still stealing, and her two bouts with the law clearly have taught Peg nothing. 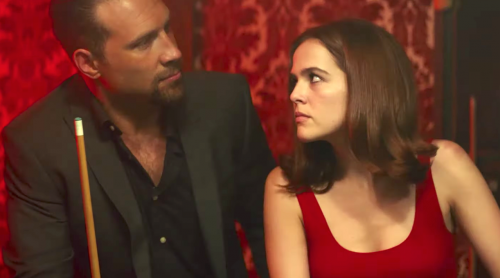 If you loved The Big Short or The Wolf of Wall Street, but have been waiting for a similar film and not a cash grab, go check this one out. Zoey Deutch is awesome and she is great in everything she does.

Take a Drink: for every reference to Buffalo wings.

Do a Shot: for every slo-mo shot.

Do a Shot: every time someone is punched.

Do a Shot: for every great one-liner.