World War II takes up even more cinematic space in Russia than it does in the United States, and considering the logistics, how could it not?  An estimated 27 million members of a pre-war 170 million population perished- that’s 15% of the population- nearly 1 out of every 5 dead, not to mention the millions of wounded and missing. 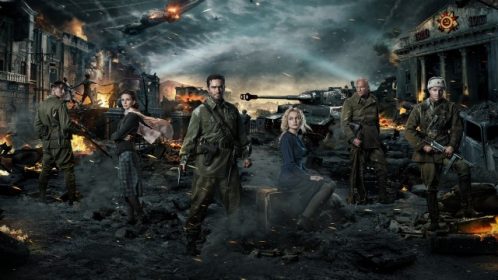 And you thought Hollywood war films were uber-patriotic…

Beanpole focuses on something those movies never get around to addressing- the aftermath.  Iya works at a military hospital for invalids from the war as a nurse.  She dotes on her little boy, but her old wartime friend Masha is returning, and with her comes an awful wind of change.

Young director Kantemir Balagov demonstrates impressive formalist control in only his second feature film, capturing the FIPRESCI prize in the Cannes Un Certain Regard section and catapulting his film into the Oscar International Film race, where it recently landed on the shortlist for a nomination.  He’s the real deal, with his and even younger DP Kesenia Sereda’s naturally lit, hand-held aesthetic bringing to mind a slower and nearly as depressing Laszlo Nemes. 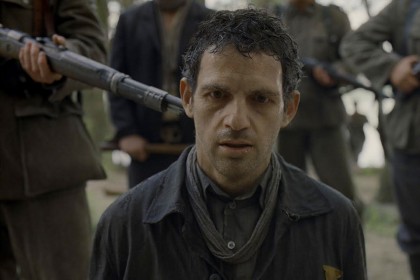 It’s hard to go more depressing than Auschwitz, but don’t count them out!

Both Viktoria Miroshnichenko and Vasilisa Perelygina dig incredibly deep into their characters’ war- and other sundry tragedy-shattered lives in two of the most demanding roles of the year.  When they do let little rays of happiness poking through the dense cloud cover it’s all the more luminous.

This film really is dreary beyond belief.  Don’t you worry- anything that looks like a small crack for hope to seep in is quickly papered over- this was a dark, dark time in Russia’s history, and Beanpole doesn’t let you forget it.

And it’s very slow in that dreariness.  It perhaps doesn’t need to be over 2 hours for any other reason than that’s what Cannes and Oscar-type films run.  That immersiveness Balagov creates doesn’t yield a world you’ll want to stay long in.

Beanpole is a immersive, technically proficient post-War tale from a perspective we have almost never seen- one that is as dour as it is unique.

Take a Drink: any time Iya freezes up

Take a Drink: every time Masha asserts she will have a child

Take a Drink: whenever a character does

Do a Shot: for terribly depressing sex scenes