Redmond Barry was born to a middle-class family in the 18th century. His father was murdered in a duel when he was very young. That moment in which Barry had no hand in would shape the rest of his life. It’s based on The Memoirs of Barry Lyndon, Esq. Later named The Luck of Barry Lyndon and it turns out Redmond Barry was kind of a douchebag. Considered an opportunist (which is a nice way of saying asshole), he did what he could to just get ahead, eventually leading to him marrying Lady Honoria Lyndon. Her son saw right through Barry and knew he was only marrying her for her money, which would also eventually lead to Barry’s downfall. All Barry wanted was to not be a loser and once he had his first taste of being of class and being a gentleman while impersonating an officer he could never go back to being a commoner.

When you watch a Stanley Kubrick film it’s easy to see why he’s considered a genius. Whether it is the excellent writing, the cinematography, or any minor detail that at first seems unimportant, that’s what makes his films so great. His methods can seem extreme and in today’s climate he’d probably be exiled on Twitter. However, it’s clear that his methods do work because all of his films are brilliant, and a lot of it is due to his meticulous nature. The only shame is that this might be his greatest film only second to 2001: A Space Odyssey but it is never talked about like 2001, A Clockwork Orange, or The Shining (all of which I love).  Barry Lyndon definitely deserves more love.

The genius in this film is the minute detail in the cinematography. For the first half of the film during Barry’s rise all of the camera zooms are zoom ins, making Barry look large in the massive landscapes. Showing that Barry is larger than his surroundings and showing Barry is rising despite everything around him. Then after then intermission when Barry starts to fall, all of the camera zooms become zoom outs showing Barry being enveloped by the world around him, almost closing in on him. Barry’s lies caught up with him, people started to see through is façade, and he didn’t know how to run an estate, almost blowing all of Lady Lyndon’s fortune. It’s a small detail but it’s a brilliant choice to show Barry’s rise and large downfall.

This film is gorgeous in every way. The cinematography shows off the beautiful landscapes of Ireland, England, and Germany. It’s like the 18th century Lawrence of Arabia with no CGI, capturing gorgeous landscapes and using hundreds of extras lavished in beautiful costumes. The cinematography was based on the paintings of the same era. Interestingly they were unable to use the same lighting in the paintings, so Kubrick and his longtime collaborator John Alcott decided to light the scenes indoors from side lighting through the windows. They also had to use a modified camera made special for this film to film the scenes lit only by candle light. I’m not going to pretend to know everything about the technology of camera and camera work, however, I think it is easy to say that the cinematography was revolutionary.

What’s interesting with regard to this film is yes, it’s a technical masterpiece, but its writing and acting help make the film memorable, relatable, and has helped it stand the test of time. It’s sneakily funny in the first half, and then in the second half we begin to feel deeply for these characters which we’ve spent so much time with. Without any spoilers you’ll cry near the end of the film because the people you care about are hurt the most by Barry.

Barry Lyndon is one of the most beautiful films I’ve ever seen. Stanley Kubrick was a genius, some may say mad genius, but genius none the less. I’d rank this probably second in Kubrick’s filmography and it’s one that everyone should see once in their lifetime on the largest screen possible.

Do a Shot: every time Barry seizes an opportunity to get ahead.

Do a Shot: for every duel.

Take a Drink: for every gorgeous landscape shot.

Take a Drink: for every scene let by candlelight.

Do a Shot: every time you think Barry is a douche. 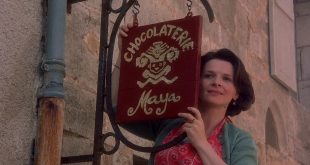 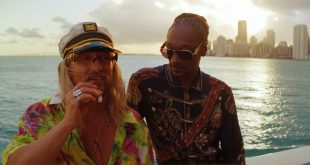