I don’t know if the entries in all of the short categories were more depressing this year, or if I’m just more depressed.  Man, though, this slate is fully of some heavy topics, even the more ostensibly comic ones. 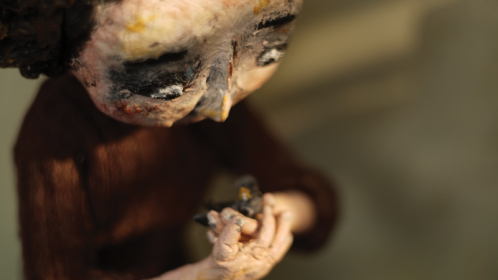 The papier mache animation allows for a surprising amount of heart-tugging expressiveness, but this story of a daughter and father struggling to connect at his deathbed doesn’t really cohere until the predictable end.  Three Beers. 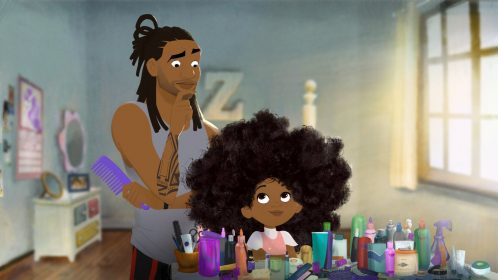 The other major studio entry (in this case, Sony), in which a clearly single father wrestles with his daughter’s unruly hair before a clearly special day, is lighter, despite the conspicuous absence at its center.  The payoff is lovely, though.  Two Beers.

Pixar has moved to new model, no longer showing its two or so shots at this category in front of its major releases.  Instead, Kitbull is a product of the SparkShorts program, where Pixar gives employees six months and a modest budget to create whatever they want.  This simple story of a kitten and a fighting dog that strike up a wordless relationship is definitely my favorite, as much as Pixney doesn’t need another Oscar on its shelf.  Can’t help it.  A Toast. 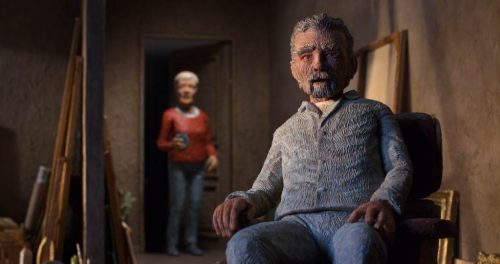 This straight nightmarish stop-motion approximation of what it’s like to lose your memory and mind to Alzheimer’s is certainly effective in that register, and damn stark.  Three Beers. 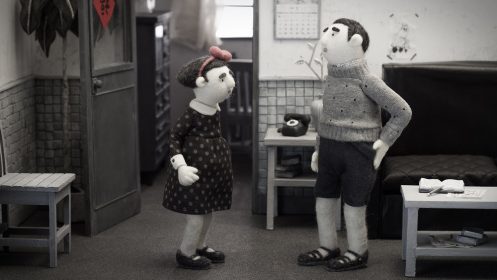 You may be able to guess the twist in this other uniquely animated (cotton dolls, it appears) downer story of one of China’s most notorious policies of the last 40 years.  Three Beers. 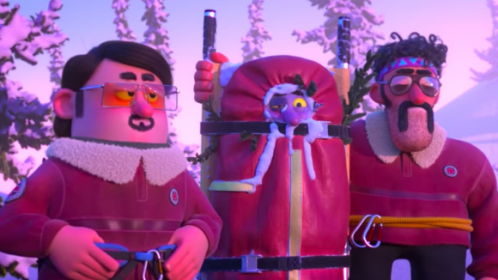 These next four didn’t land a nomination, but are included in most presentations of the Animated Shorts together.  This one is an Aardman-esque wordless tale of two bumbling Alpine rescuers and their unfortunate rescuee, and the only genuinely funny short of any type this year.  Two Beers. 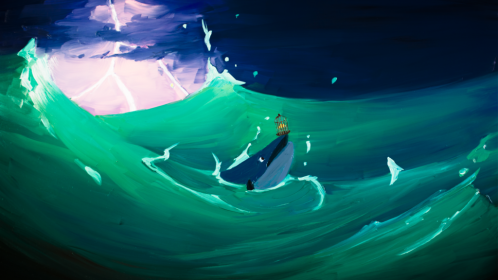 The Bird and the Whale

On the other hand, this traditionally animated short is a well-drawn fable that ends up being pretty goddamn depressing in a way I’m not quite sure it intended to be.  Three Beers. 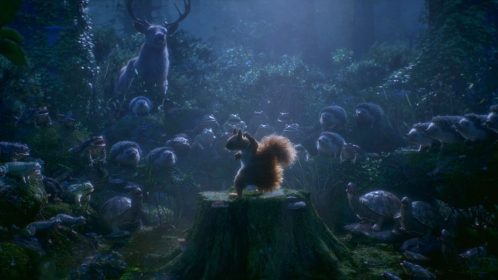 The shortest of the bunch by far, this is clearly supposed to be a (very impressive) technical calling card for Illogic, although opera-singing forest varmints hold the attention at least that long.  Could be a good commercial.  Two Beers. 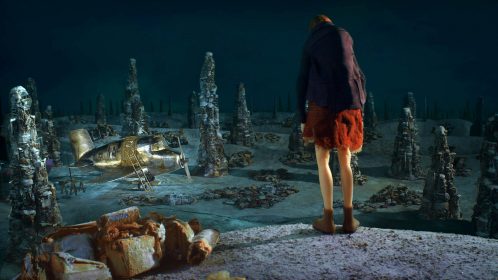 This is another fable/fairytale-esque story of a hunchbacked woman who just wants to fly an airplane and boasts the starriest of voice casts by far.  However, there’s just something a bit… off… about the animation coupled with the story and especially the bizarre and not nearly as uplifting as it thinks it is finale.  Four Beers. 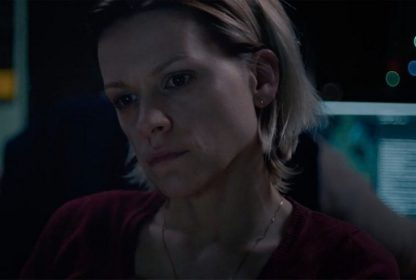 This very direct 911 call-driven short brings The Call or, better, fellow European film The Guilty to mind.  It gets in and out with ruthless efficiency and lands with an understated punch.  Two Beers. 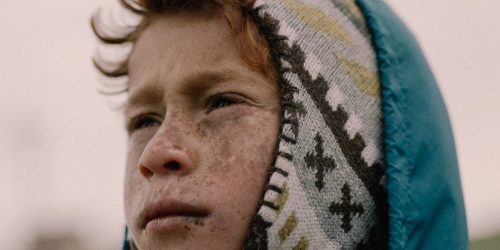 The punch of Brotherhood is more overt, flipping the central father’s and our own expectations on their head in a brutal way and likely making it the frontrunner.  Two Beers. 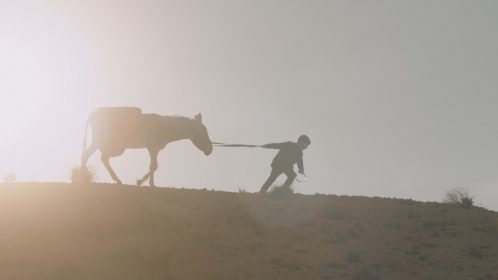 Of the Live Action shorts, this is certainly the lightest-hearted, even if it does involve heroin and poverty-stricken communities in North Africa.  It’s the type of short built around the twist, but the way the final drone shot accentuates it is quite clever.  Three Beers. 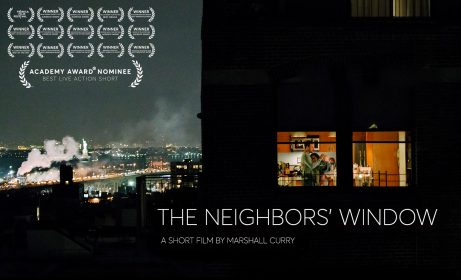 Again, we have a short with more familiar faces, and one expressly built around misdirected expectations.  You might be able to see where it’s going before it gets there, but the final scene is suitably powerful.  Three Beers. 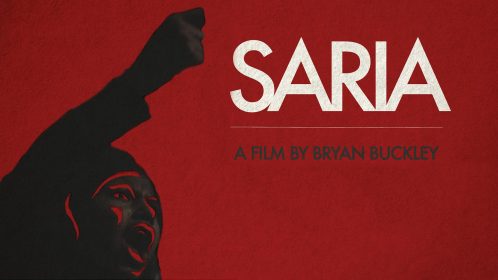 On the other hand, unless you know some truly depressing recent Central American history, you won’t see where this is going.  Exceptionally deploying a cast of nonprofessionals, and highlighting something that really should be, but well… don’t watch this one last like I did.  Two Beers. 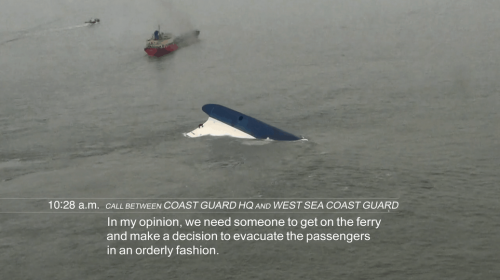 This documentary short damns those responsible for the utter institutional failure of the Sewol Ferry Disaster in the simplest of ways.  It juxtaposes footage of the ferry foundering with the timestamped clueless audio of the bureaucracy that failed to save the hundreds of lives lost that day.  Gut-wrenching.  A Toast. 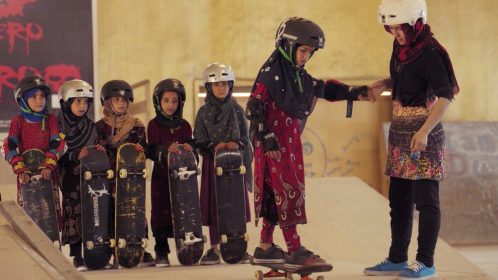 Learning to Skateboard in a Warzone (if you’re a girl)

The most uplifting of the bunch showcases a skateboarding school in Kabul for young girls that in many cases may not get any kind of education at all.  Their bravery, and that of their teachers (particularly one badass who you’ll know as soon as she opens her mouth) is truly inspirational, even as the documentary’s structure proves a bit meandering.  Three Beers. 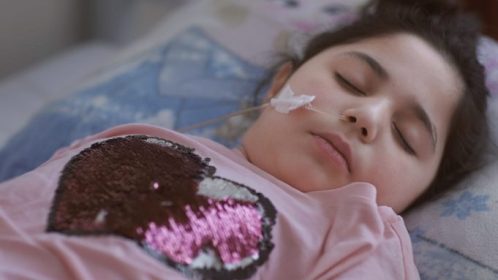 Another short about something happening to children I’d never heard of, this one documents several children with Resignation, or “Sleeping Beauty”, Syndrome.  Refugee children in Sweden (and now in more places in the world) slip into a catatonic state in response to an overload of stress and trauma, sometimes for years.  An important short about something I didn’t even know was physically possible.  Two Beers. 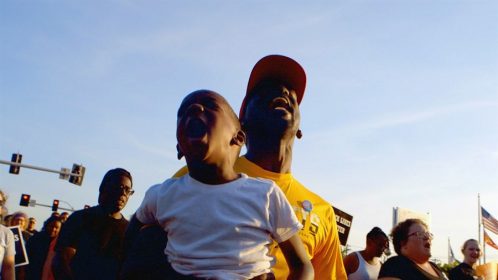 This inspirational short about the motivations and career of a Ferguson protester turned state legislator is inspirational until a surprisingly (but really unsurprisingly and truly affecting) downer coda.  This is the one I hope wins, if only to provide much needed inspiration back to a true American hero.  A Toast. 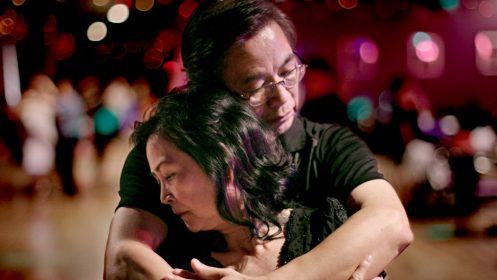 This story of two young lovers in Vietnam separated by the War who reunited in the United States is more of a setup for the well-shot and moving dance number they perform at the end (they connect through dance).  Oddly reminded me of last year’s season finale of Always Sunny in Philadelphia.  Three Beers.