Sonic is a Hedgehog from another planet who lives in secret on Earth after escaping from his home. His ability to run at supersonic speeds makes him a target for predatory villains all around the galaxy. When the government discovers him, they send their top scientist Dr. Robotnik (Jim Carrey) to investigate the anomaly and exploit it. Robotnik is less concerned with the government contract than with furthering his own megalomaniacal ends. In the panic of escaping Robotnik’s clutches, Sonic inadvertently loses his bag of power rings, which are his means of interstellar travel. Sonic seeks the help of Tom (James Marsden), a local police officer, to help him escape from Robotnik, and the two go on a road trip across the country to find Sonic’s power rings and maybe… find friendship? 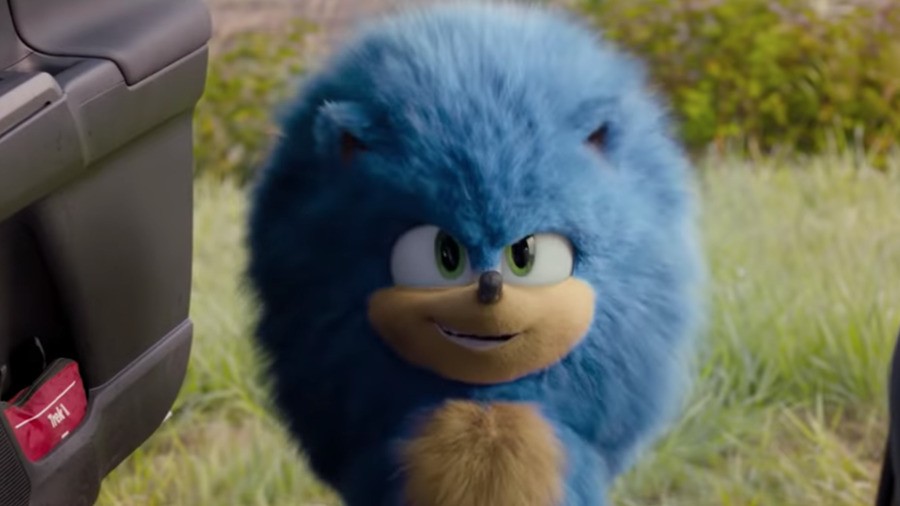 Who wouldn’t want a best friend with blue fluffy hair?

There is one single inspired decision that makes this movie easy to recommend; the casting of Jim Carrey as Dr. Robotnik. Carrey is a comedic actor who seems to have ignored what made him great. It has been years since he’s looked and acted as clownish and ridiculous as he does here, and his performance is nothing short of wonderful. Carrey plays Robotnik like the craziest evil scientist stereotype, but in a way that brings more pity than it does reverence. What adds to this is his constant insistence that he is smarter than anyone in the room, a kind of self-involved behavior anyone who follows politics will spot a mile away. While the actual story of the movie is seldom memorable, every scene with Robotnik is funnier than the last, and that alone makes this movie an easy rental recommendation.

James Marsden is given a completely uninspired role here as Tom, Sonic’s human counterpart. His job is basically to play a straight man to Sonic’s shenanigans, but the material never provides much interesting for him to do. The movie would not change very much if his character was removed from the story altogether.

You’d think by now Marsden would be tired of playing the most boring character in a major franchise film?

Product placement appears in the film on multiple occasions. I understand that product placement is sometimes a necessary evil to bring much needed funds to an increasingly expensive movie production. But when the placement intrudes on the film as heavily as it does here, it becomes impossible to overlook. The Olive Garden is referenced multiple times, with several scenes playing out like a straight-up advertisement for the chain restaurant. Far too much time is given to Zillow than a movie about a talking Hedgehog should take.

Sonic the Hedgehog is middling comedy with middling writing that happens to have a single top notch performance by Jim Carrey that makes it all worth the viewing.

Take a Drink: each time Dr. Robotnik tells someone he’s smarter than them

Take a Drink: whenever speed or going fast is referenced.

Do a Shot: for the amazing cameo of Sanic Hegehog 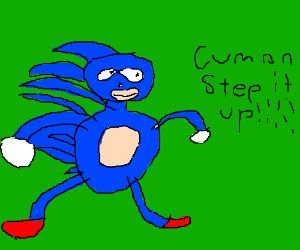