It’s a Spanish invasion with Happy Freuds leading the way with Echo of Sounds, an album stacked with plenty of musical diversity. There’s a little bit of everything, and everything sounds really good. 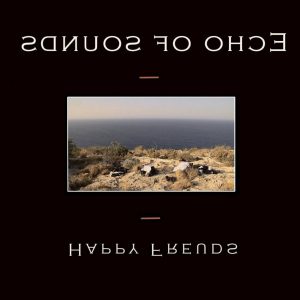 It’s important to note the myriad of influences Happy Freuds taps for inspiration. The 11 tracks on Echo of Sounds run a gamut of genres, from metal to 70’s prog rock, with a heavy emphasis on 90’s alt. Really, though, you’ll be hard pressed to find anything not to your liking. It goes from the bluesy jam sounding “Allman’s Big Feet” to the heavy hard rock “Push”, which will get you into a more metal mood soon afterwards (if you enjoy listening to albums out of order as I do). “The Mountain” shows the band’s true musicianship as the track features more of a cleaner, familiar rock feel.

For a band from Javea, Spain, they know what the world likes, and Echo of Sounds echoes plenty of great tunes, leading to a great time listening to this masterful release with a single beer in hand.