I had a couple of days of downtime before a return to Finland- so you know what that means.  Yep, Netflix for the most part.

This magical realist Mexican cartel fable combines naturalistic scene and child acting with some fantastical and horrific elements in a way that evokes a The Devil’s Backbone-era Guillermo Del Toro.  So it’s perhaps no wonder he unearthed this gem from back in 2017 and champions its director Issa Lopez wherever he goes.  Here’s to their upcoming film collaboration, at this point monikered Untitled Werewolf Western.  Yep, sounds perfect.  Two Beers. 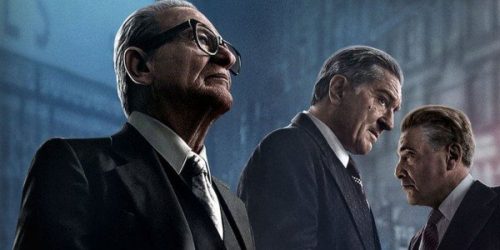 There have been enough hot takes on or around this one, so I’ll just have one- I’m not terribly sad I missed in the theater.  Blood circulation is important.  That being said, even bifurcated with a trip to the gym in the middle, the weight of a violent man’s heartless career proves unbearably heavy at the end of the film, and the ambition of Scorcese in taking so many signifiers of his own career and using them to make it clear how unglorious this kind of life is, is staggering.  Let’s just not make this deaging a thing, okay?  The face may look younger (most of the time), but there’s no hiding those old reflexes.  Two Beers.

Rian Johnson’s light but clever touch at subverting genre building blocks is never anything but totally entertaining, and in the end feels righteous.  Every one of the ridiculously overqualified cast gets to sink their teeth into at least a few lines if not whole scenes, and in the end you just wish that Benoit Blanc could be excuse enough for a dozen of these, Poirot-style.  Two Beers.

If not for Chernobyl, I’d have an easy call in declaring the best TV Show of the year.  Unbelievable, thanks in large part to the acting of Kaitlyn Dever, Merritt Wever, and Toni Collette (but also the direction of Lisa Cholodenko and all of creatives involved, clearly) is an utterly heartbreaking, but in some important ways, hopeful account of an awful miscarriage of justice and two detectives counties away tracking down an insidious serial rapist.  Put what you’re doing down and give the first episode a chance- you won’t be able to tear your eyes away until the finale.  A Toast.