This week saw one final trip to the film mecca that is Los Angeles at the inception of Oscar season- so yeah, I caught some films. 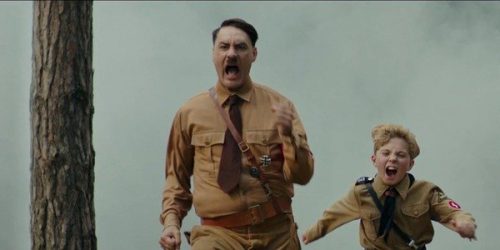 Taika Waititi’s latest is his most audacious- how can it not be when he plays, well Hitler, or at least an effete imaginary friend version for young Jojo, who’s about to do a lot of surprisingly poignant growing up when he finds out his mother (Scarlett Johanssen) is hiding a Jewish teenager (Thomasin McKenzie).  Beautiful acting and filmmaking from all involved, culminating in one hell of an expected emotional punch.  Yorki is the man, though.  Two Beers. 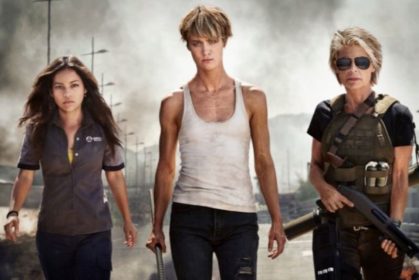 The much ballyhooed return of James Cameron and Linda Hamilton to the Terminator franchise does feature some pretty cool action and for my money Gabriel Luna’s oozy newest version of the Terminator is suitably badass.  But the film is sunk by some hamhanded writing, including establishing Skynet didn’t happen in this version of reality, but Legion (the exact same thing as Skynet) did among many other thoroughly unnecessary diversions.  Definitely more in common with the litany of underliked sequels than the much less assailable first two.  Four Beers.

Ed Norton’s second directorial effort is very ambitious- taking a universally acclaimed novel and making it a period piece to take advantage of its celebrated hard-boiled dialogue, but somewhere along the way he pretty much made his version of Chinatown.  With that kind of inspiration and this kind of acting (with a very faint asterisk on Norton’s very flagrant but not necessarily inaccurate depiction of Tourette’s Syndrome), the film is still quite good, but can’t escape a whiff of the overlong and familiar.  Three Beers.

In perhaps Pedro Almodovar’s most personal film yet (which is really saying something), he enlists Antonio Banderas to play a strikingly frail and affecting version of himself in probably his best performance in years, if not ever.  This feels like a career summary for the who long-standing collaborators and a powerhouse at this year’s potentially international-leaning Oscars.  Two Beers.