Wrapping up a project for work means lots of Netflix on the long plane trips back and forth and whatever else can serve as background noise.

I’m not sure we properly appreciate what we had with Orange is the New Black.  A nearly peerless ensemble drama that told stories across race, gender, identity, and class (even making Piper’s very white people problems compelling… sometimes), I don’t think we’ll see the like of it again anytime soon.  The final seasons finds a way to do justice to all of these characters while still finding a way to tell a new, painfully current, and essential story in delving into the immigrant internment camps (not sure what else to call them, really).  A Toast.

This simply delightful Netflix food docuseries is hosted by chef Samin Nosrat, who breaks down the essential elements of good-tasting food- the balance between Fat, Salt, Acid, and Heat.  In each of the four episodes she journeys to a different part of the world to examine how their mastery of one of these essential elements yields the delicious food they’re known for.  Just a joy.  A Toast.

This South Korean horror/action film I guess surprised me- after the schmaltzy, predictable first 15 minutes I was sure I was in for a worst-of pick.  Then the little boy grew up into an MMA champion periodically possessed by demons who learns he has a talent for exorcising other demons using a light emanating from his hand that renders holy water flammable (plus those MMA skills).  This as an oddly… effective mix.  Seriously.  Worth your time.  Three Beers. 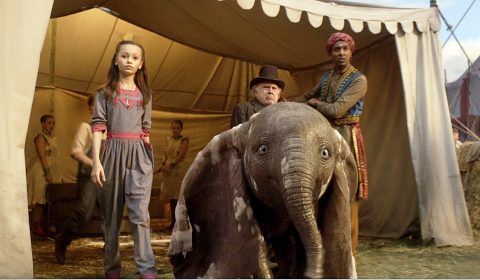 The first of the three (three!) “live action” adaptations Disney’s put into theaters this year returns to the thoroughly inessential, CGI weightless of Beauty and the Beast (and every one of these films except for Cinderella, to be honest- seriously, what message can you glean from any other one of them that isn’t a carbon copy of the always superior animated version?).  The only good news is that the more of this bullshit Disney makes the fewer properties they’ll have left to do this to.  Tim Burton got to call some shots on production design I guess.  A Thoroughly Forgettable Four Beers.