This week I strap on my walkin shoes and visit Oberst for a wide swathe of toy-related entertainments, plus something completely unrelated.

This is the unrelated one, if you couldn’t tell.  This Paul Greengrass-style retelling of the 2008 terror attacks in Mumbai, particularly on the staff and residents of the Taj Mahal Palace Hotel.  Not a fun watch by a long shot, but rather committed to rendering the terror of the experience as realistically as possible, the acting by a staff including Dev Patel and Armie Hammer is what really sells the film.  Two Beers.

I’ve got a full review of this coming, but to sum up my thoughts… not too shabby.  Yes it’s not playing by the original rules, but that’s the attraction to me.  This mechanized Chucky is kind of sad and pathetic until he learns… to murder!  It works better than it should, and the all-around good production values really bolster things.  Plus it’s the perfect rejoinder to a Toy Story kind of weekend.  Two Beers.

It’s not just the (honestly still surprisingly effective on a curve) special effects that have aged not the best.  The humans are all terrifying-looking, but more disappointing was the fairly simplistic story and a Woody that’s a lot more of a dick than you remember.  Keep the fond memories, maybe.  Three Beers.

It feels like this was only a couple of years ago no?  We once thought this was the perfect end to a franchise that so many of us grew up alongside, I’m pleased to report that it holds up beautifully.  A Toast. 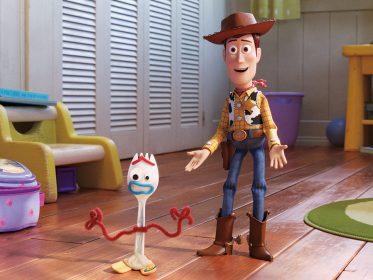 So, during my next marathon ten years from now, before Toy Story 5, I may have the separate necessary to rank this appropriately.  For now, though, this sequel that nobody really asked for justifies its existence with perhaps the best humor in the series and different but rewarding nostalgic/existentially terrifying material to mine (you tell me, is the suicide toy or the murder toy more likely to scar your kids this weekend?).  A Toast.