The theme of this week is 2019 releases that I held low expectations for which turned out to be surprisingly excellent.  That and a brutal documentary.

The list of non-saccharine YA romance novel adaptations is quite short (pretty much just the Neustadter & Weber-written The Spectacular Now and to a lesser extent The Fault in Our Stars and Paper Towns).  So I’m glad to report that another has joined the list with this ode to the American melting pot and quite engaging romance that may occasionally succumb to the pitfalls of the genre but which you can’t help but be won over by.  Three Beers. 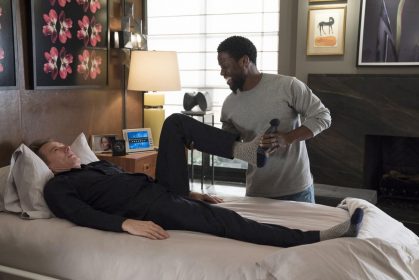 I was also a bit surprised by how well-done this remake of a rather schmaltzy, but very successful French film was. Cranston and particularly Kevin Hart demonstrating out of nearly nowhere dramatic chops carry a premise that could easily (and often does) take a cliched direction, but the sum of all the film’s parts is quite effective.  Three Beers.

The fact that this is four hours of very graphic descriptions of one of the most beloved entertainers of the last 50 years molesting children from their own mouths is nothing short of punishing.  It’s an utterly believable, relentlessly constructed documentary that’s hard to deny, though.  You might need the beers for survival.  Three Beers.

Okay, my expectations for this were actually pretty high after all of the raves I’ve been reading, and boy does it deliver.  Calling this the female Superbad is not at all the hyperbole it should be- this really does stand nearly toe-to-toe with lead Beanie Feldman’s big brother’s breakout (yes, she’s Jonah Hill’s sister).  Olivia Wilde directs the absolute hell out of the film as well- immediately establishing herself as a talent to watch (everything she makes).  Two Beers.

Digging about for a Korean film to watch on Netflix yielded this recent, high-production value, overwritten drama, in which the assistant director of an art museum and her husband, an economics professor, start dropping their scruples in order to reach the ranks of the political and wealthy elite.  It’s well made and has its dramatic moments, but fairly hamfisted and satirically unfocused in the end.  Four Beers.