You might notice a bit of a theme for this week’s film watching- yes, most of these are utterly terrible, but, for some, enjoyably so.  All Hail Breen!

This is the boring kind of bad, I’m sad to report.  The clearly nobody had any original ideas outside of trying to appeal to the Wal-Mart set and no chutzpah outside of thinking to cast John Travolta in it.  The poster, with all of its glorious hair and lack of age lines, had me thinking this would be another vanity project along the lines of the glorious Speed Kills, in which Travolta plays a 30-odd year old for most of the film.  Also, it tweren’t so.  There’s lots of dirt track racing, though, if that floats your boat. Five Beers. 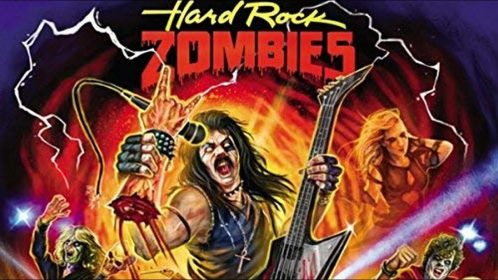 This is the good kind of bad.  The BabyRuth-approved, 80s hair, surprisingly effective gore-filled, totally off its ass insane premised and plotted kind of bad.  It’s on YouTube, so you should absolutely seek it out for yourself, and she’s so right in not revealing anything beyond the low-budget 80s horror film + extra skeezy Footloose vibes of the film.  All of the ensuing insanity you should really see for yourself.  Six Pack.

This is the best kind of bad.  Neil Breen is a true auteur, a director and actor whose tics and obsessions are singular and identifiable at a glance.  Well, I’m very happy to report that his latest, in which he plays twins raised by space aliens to assassinate corrupt lawyers and businessmen and woo Earth ladies is as good as any of his previous work.  A literal must see.  Six Pack.

This is the confusing kind of bad.  On one hand, Will Ferrell and John C. Reilly are national treasures and are able to eke laughs out of just about anything just with a line-reading or an enthusiastic reaction.  So, I laughed several times, more than some, dare I say, actual good comedies last year.  On the other hand, this is lazy, unadulterated trash comedy writing, no doubt about it.  Six Pack.

There was another theme to this week’s viewing- morally muddled crime films in which we learn that crime doesn’t pay.  First up was this tale of ex-Special Forces friends to decide to knock off a drug kingpin and steal his hidden stash of cash off the books.  For a film many reviews are comparing plot-wise to Treasure of the Sierra Madre, I’ll let you guess how well that goes.  Pretty darn entertaining and very slickly shot overall despite its long journey to the big/Netflix screen.  Two Beers.

This pushes the buttons of those who file S. Craig Zahler under wanna-be MAGA provacoteurs.  Yes, some of the monologues glorify a particular mindset, and his films are anything but politically correct or easy to watch.  But he’s got points hidden under all of that which make for a more complicated, even rewarding viewing experience (the Jennifer Carpenter interlude… fuckkkk).  There’s nobody else out there making movies like him.  Two Beers.

92. The Standoff at Sparrow Creek

Rookie writer/director Henry Dunham has some very visible chops and this film, in which a militia tries to figure out which of their members may have committed a police shooting that endangers them all, is a pretty good calling card.  The plotting tips over the cliff at times, sometimes feeling strung together in order to move the film along instead of operating in the interests of internal logic, but James Badge Dale’s strong lead performance and the engaging dialogue and low-budget lighting and cinematography more than compensates.  Three Beers.