This week sees my last shot at catching up with 2019 films before turning my attention more fully towards the year to come, or, I suppose, the year it is. 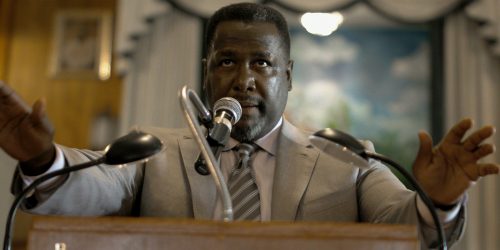 When I was 17 I took part in some student films.  They sure don’t look like Burning Cane, the film Phillip Youmans wrote, shot, and edited when he was just that age.  His lyrical yet searingly real story of a woman doing what she can to help her alcoholic son and alcoholic pastor (co-producer and national treasure Wendell Pierce) in rural Louisiana takes a few pages from the Malick/Lubezki playbook, but damn if it doesn’t work, and damn if he doesn’t show us a thing or two we haven’t even seen from them.  The moonlike bokeh…  Two Beers. 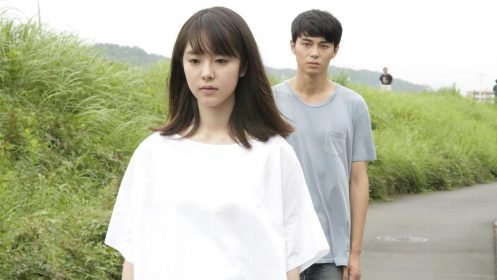 This Japanese relationship drama interrogates what a young women does when the love of her life leaves her and, two years later, she encounters his doppelganger.  Director Ryusuke Hamaguchi twists this conceit in interesting ways, and the acting from Erika Karata and Masahiro Higashide in a dual role supports every turn of the plot.  An engaging film that has caught the attention of everyone from the Cannes committee, where it competed for the Palme D’or to Bong Joon-ho, who placed on his Best of the Year list.  Three Beers. 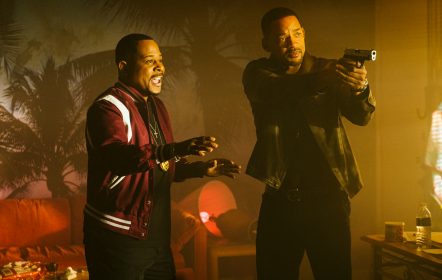 My expectations were definitely low for this film, both due to the time elapsed since Bad Boys II and the fact that Michael Bay stepped out of the director’s chair in favor of relative newcomers Adil El Arbi and Billal Fallah.  Well, I’m pleased to report that they bring the ADHD visual style and cool and enough of the action chops (nothing’s going to top II), while Martin Lawrence and Will Smith deliver more comedy and even a bit of pathos than we’re used to seeing from the series.  Very entertaining.  Three Beers. 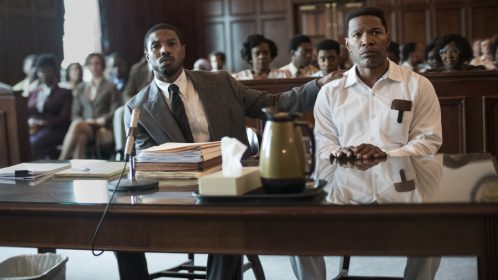 This film plays its story of an idealistic Death Row defender who finds a utterly clear travesty of justice and an establishment dead set on perpetuating it pretty straight, but it works for this story.  Michael B. Jordan, Jamie Foxx, Tim Blake Nelson, Brie Larson, Rob Morgan and even Rafe Spall on the other side deliver some of the best work of their careers to really drive home the incredible injustice of this case, and the Death Penalty in general.  When you kill the wrong person 10% of the time, your system is broken beyond repair.  Two Beers. 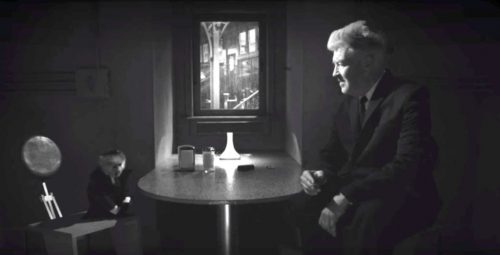 It’s kind of hard to put a grade on a David Lynch short film in which he himself plays a grizzled cop interrogating a hard boiled capuchin monkey who may have committed murder out of jealousy for his chicken lover, Toototaban.  I think you already know whether you are in or you are out for such a thing, but God bless Netflix for making it available to those of us who are definitely in.  Could have done without the horrifying Thumbs!-like mouth animation, though.  Two Beers. 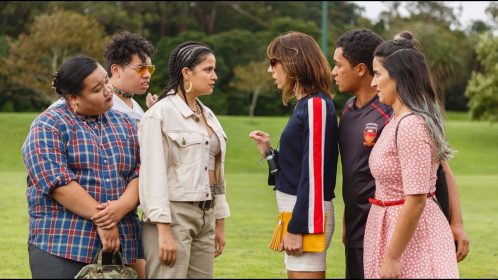 This affable Kiwi comedy was produced by Taika Waititi, and directors and stars Jackie van Beek and Madeleine Sami demonstrate plenty of similar droll comedy chops as two women who freelance as “breaker-upperers”; professional relationship enders.  In the end the plot beats aren’t anything you haven’t seen plenty before, which keeps this comedy from rising to more than above average, but the laughs are worth your time.  Three Beers. 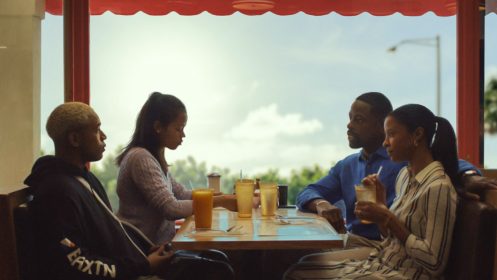 Trey Edward Shults transforms yet again, into a highly stylized dramatist, and for my money this is his most successful transformation yet.  Waves is soaked in neon and Frank Ocean tracks, but the real core of its success is the stunning work done by the principal cast of the simply on fire Kelvin Harrison, Jr. ,Taylor Russell, Sterling K. Brown, Lucas Hedges, and Renee Elise Goldsberry.  Stay in this vein, Trey.  Two Beers. 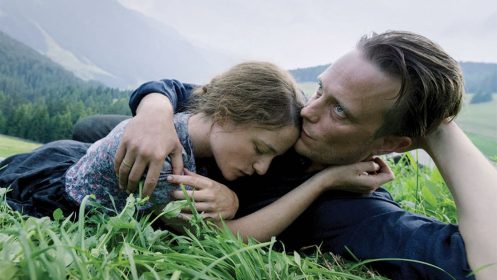 Terrence Malick’s latest  3 hour-l0ng, heartbreakingly scored, gorgeously shot in low-angle sweeps and fisheye closeups opus is his least overtly personal in years- and his most successful.  In examining the life of Franz Jagerstatter, a real-life conscientious objector against Nazi Germany, he draws parallels to what it means to participate in any society tolerant of injustice, to try to exemplify true Christian values in a society increasingly intolerant of those (while still paying lip service to being a Christian society), to truly sacrifice when it’s clear sacrifice is the only way to truly do right when all others are content to pretend like ‘right’ is a concept malleable by the spirit of the times, fears of all types, and thinly disguised self interest.  A tour de force.  A Toast.