As we settle into the new normal, God knows I’m gonna get back on my 365 pace.  What to watch?  Flip a goddamn coin, whydon’twe? 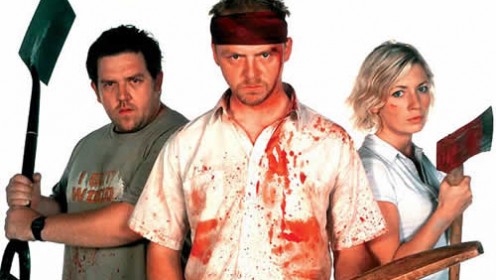 This just seemed appropriate, and despite it having been years since I saw it last all of the familiar gags and clever filmmaking wrinkles came flooding back.  Just a goddamn classic, and still my favorite of the Cornetto Trilogy.  Also, did you know Martin Freeman was (extremely briefly) in this?  A Toast. 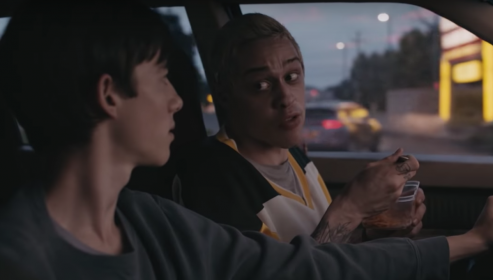 Pete Davidson doesn’t star in his first foray into major feature film roles (but he will in his Apatow vehicle later this year).  That honor goes to Griffin Gluck, playing a 16 year old who’s friendship with his sister’s slacker ex-boyfriend is starting to be a bad look for all involved.  It turns out you probably shouldn’t take life advice from dudes who look like Pete Davidson, without any of the success or drive.  A surprisingly poignant and well-rendered coming of age tale.  Two Beers. 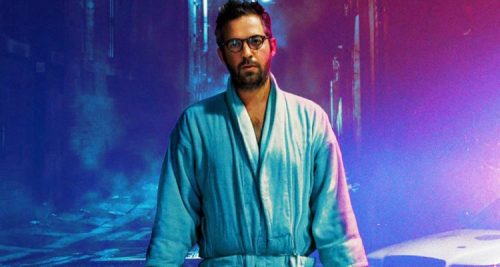 This movie is about a man who discovers a fetish, and a very literal void to be filled within himself, during his first proctological exam.  Soon he’s putting all manner of things up there, which puts him on the radar of a burnout alcoholic cop who’s starting to think there’s something particularly strange about the disappearance of all of these kids lately…  Yeah, you know you’re either in or out after that description, and despite the rough edges, if you hanker for some Adult Swim-level absurdity now and again, you’re probably in.  Three Beers. 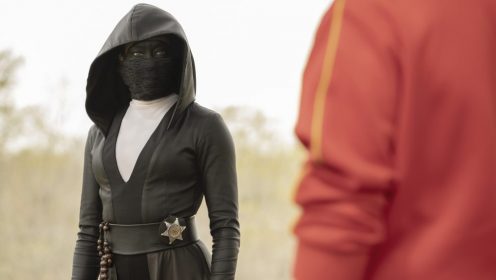 I finally got around to watching this “limited series” or whatever they’re calling them these days, and yes, it plays like the longer, better sequel to Watchmen we never knew we needed.  Damon Lindelof works in fascinating commentary on history both real and alternate, starting with the nearly ignored and shameful real story of the Tulsa Massacre and the destruction of Black Wall Street nearly 100 years ago.  From there he spins out an alternate future inspired by and very much carrying forward the legacy of Alan Moore.  A strange and surprisingly successful experiment.   Two Beers. 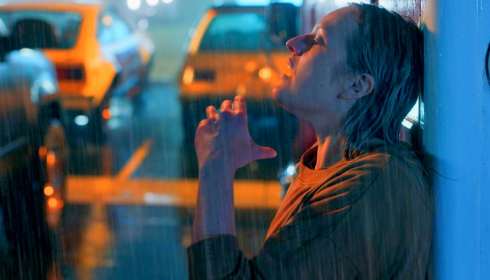 Universal takes a step back from those old Dark Universe dreams and makes a move back into lower budget, star and auteur-driven takes on its classic monsters.  Elisabeth Moss and Leigh Whannell combine for a horror story for our times- in which the perspective is fully on the victim of the invisible man’s criminal and gaslighting attentions.  It’s not exactly surprising in its plotting, and sneakily as reliant on bad decision-making as many horror flicks, but the atmosphere and acting really elevate it nonetheless.  Three Beers. 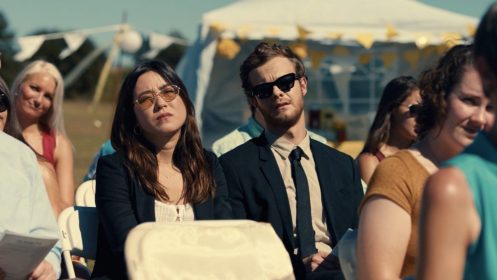 This Netflix romcom rides a lot on the chemistry and comic timing of its stars Maya Erskine and Jack Quaid (yes, Meg Griffin + Dennis Quaid’s offspring).  However, they’re putting confidence in the right place- this is an amusing, breezy, and just dark enough-edged for all of those out there like me that like a touch of cynicism with their romcoms.  Three Beers. 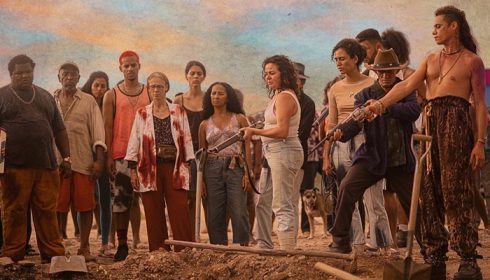 You can watch this one at Kino Lorber’s site and a portion of your “ticket” will go to supporting an arthouse theater near you-definitely recommended.  Speaking of arthouse, this plays like an artsied up version of what it looks like The Hunt is (will check that out soon enough) as a small and very eccentric Brazilian town finds they’ve literally disappeared off the map… as foreign big game hunters approach their doorstep.  There’s a lot of 70s grindhouse grit to the filmmaking here meeting with a slow cinema sensibility in a way that oddly works.  Now only if they’d written their foreign antagonists a bit better… I’d be floored if The Hunt is half as ham-fisted with its characterization than these folks are.  Like the cast walked in from a direct-to-DVD Death Race sequel starring Frank Stallone or something.  Three Beers.