We had a Wong Kar Wai night and decided that it was worth catching up at home over venturing forth for what theaters had to offer.

This is definitely early Wong Kar Wai, and the handheld, motion-blurred style you see here might surprise you if you’re only familiar with the master of emotion from In the Mood for Love.  Instead we get two love stories where the style is the point, and man, what clearly influential style it is.  If only there was much of a story to go along with. Three Beers.

That influential style would crystallize in his next film, with the addition of badass grit and gunplay courtesy of the assassin at the center of the first of two stories (just like Chunking Express).  There are lots of fun callbacks between the films and a similar madcap comedic bent when Noir isn’t the major key.  I know one American video store clerk who was clearly playing attention… Two Beers.

Hey, did you know that Zhang Yimou of Hero and Raise the Red Lantern fame remade Blood Simple in 2009?  I mean, just look at that image above.  Pretty badass, right.

Welcome to the actual fucking movie.

There’s a reason you haven’t heard of this- because this impossibly broad comedy with only the barest vestiges of that Coen DNA would make Jeff Dunham cringe in shame.  So entirely interminable and unimaginably pointless. Six Pack. 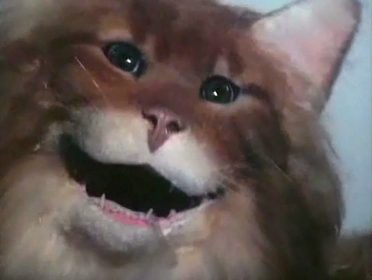 Now, this is the good kind of Six Pack film.  The kind whose creative choices are so unabashedly sincere in their stupidity that pure, distilled entertainment is the product.  The kind of 80s that could only come out of the late 80s/early 90s- the kind of cheapo horror that revolves around spring break and corrupt industrialists and oh yeah, a genetically modified cat who escaped from the lab and occasionally spits up a second, demon cat of highly variable size who bites you until you either bleed out or get infected with some Alien-style pulsating blob… man, it’s just so great.  Six Pack.